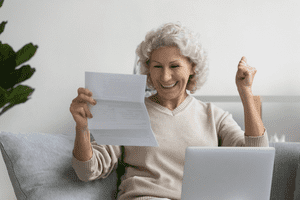 The three major credit bureaus announced Friday that a significant overhaul to how medical debt appears on credit reports is coming July 1, with additional changes slated for 2023.

“These joint measures will remove nearly 70% of medical collection debt tradelines from consumer credit reports, a step taken after months of industry research,” the three bureaus said in a joint statement.

The first — and perhaps most impactful — round of changes goes into effect in July: Paid medical debt will no longer appear on consumers’ credit reports. Additionally, unpaid medical debt will only show up on credit reports after 12 months, up from the current six-month time frame. The bureaus say this will give consumers more time to negotiate with insurance and health care providers.

In the first half of 2023, Equifax, Experian and TransUnion also say they will remove medical collection debt of $500 or less from credit reports.

According to a CFPB report released earlier this month, $88 billion of medical debt currently blemishes the credit reports of about 43 million Americans. The CFPB also says consumers have lodged more complaints to the agency about credit-report errors than any other consumer-related issue.

“Medical bills are the most common debt in collections reported on our credit reports,” CFPB Director Rohit Chopra said in a statement.

“Our credit reporting system is too often used as a tool to coerce and extort patients into paying medical bills they may not even owe,” he added.

According to the CFPB, past-due medical debt disproportionately affects Black and Hispanic communities, and COVID-19 only exacerbated the situation due to the substantial treatment costs — especially for hospitalizations.

“Having a medical debt collection mark on a credit record can make it harder to get credit, rent or buy a home, or find a job,” Chopra said.

According to the Federal Trade Commission (FTC), which compiles consumer complaints from the CFPB, the Department of Justice and dozens of other public and private organizations, consumers lodged nearly 600,000 complaints specifically about issues with their credit reports in 2021 — second only to complaints about scammer-related fraud.

Consumers submit credit-reporting complaints due to a host of reasons, such as incorrect information appearing on credit reports, inadequate phone assistance from the credit bureaus and the bureaus’ failure to investigate disputed information.

The Wall Street Journal reports that the three major credit bureaus are under investigation from the CFPB related to how they’ve handled such credit disputes and that these newly announced rule changes are a bid to appease the federal watchdog agency.

Read more
Here’s How Much...
Many factors affect the cost to install new hardwood floors in your home. Here's what to expect...
Read more
Why Investors...
For the last few years, multifamily investors have been exiting the West Coast market, but the housing...
Read more
Changing the Perception...
The popularity of apartment living is growing with a wide variety of renters at all income levels, ages...
Read more
How Property Managers...
Security is a necessity in multifamily communities and apartment buildings. Access control and...
Read more
5 Ways to Increase the...
If you are already in the real estate business, you are very familiar with the term and meaning of ROI...
Read more
Top 10 Multifamily...
By Beau Beery, Author of Multifamily Investors Who Dominate  As a broker who has been helping...
Read more
D.C. Landlord Must Pay...
The settlement concludes a lawsuit filed against Equity Residential Management by D.C. Attorney...
Read more
Women and Foreign...
To learn more or get tickets visit www.wfdisummit.com and use code AAOA to get $300 OFF.   What:...