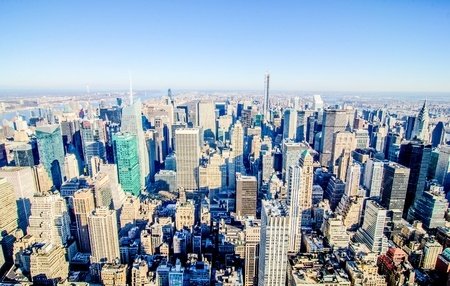 MANHATTAN – As New York City landlords are upping the ante against tenants who rent apartments through Airbnb, the company is looking to strike a deal by offering owners a piece of the action.

Airbnb’s newly hired head of landlord partnerships, Jaja Jackson, has been floating the idea of profit-sharing with building owners.

At a recent conference held by the National Multifamily Housing Council in San Diego, Jackson said the company was working with landlords across the country on developing some sort of program where owners could charge 5 to 15 percent as a commission or fee for the privilege of allowing a tenant to rent out a unit through the platform, according to the organization’s recap of the November event.

“The ideas that were discussed are just that — ideas that we are considering as we move forward — but nothing is decided yet,” Airbnb spokesman Christopher Nulty said, confirming that the company is indeed reaching out to landlords to see how they can work together in different cities.

Some of the country’s largest landlords — including Equity Residential and AvalonBay Communities — admitted they are in talks with the company, according to the Wall Street Journal.

Many landlords have been on guard against Airbnb in New York City, where it is illegal to rent out an apartment for fewer than 30 days, unless the host is present.

Landlords have also been fielding complaints from other tenants who are concerned about safety and nuisance issues when there’s a steady stream of transient visitors wheeling their suitcases in and out of their buildings, many brokers and real estate attorneys said.

In response, building owners are adding riders to leases clearly stating tenants will face eviction if found to be renting their units. They’re adding cameras or hiring private investigators to catch tenants engaging in the practice. They’re switching to digital locks to track whose keys are given out or adding new “guest protocols” where names of guests have to be given in advance and whether there’s any rent being paid.