The entrepreneur behind TripAdvisor and CarGurus wants to change apartment hunting 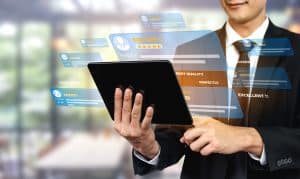 With his last two companies, entrepreneur Langley Steinert tried to bring some reality to the often overhyped and opaque worlds of booking a hotel and buying a used car. Both those companies are now publicly traded: TripAdvisor and CarGurus.

Steinert’s latest project involves helping renters understand whether that airy 2 BR, 1 BA apartment in the South End is really as good of a deal as it looks.

This week, Steinert and cofounder Tom Gilmore are taking the wraps off a site they’ve been working on since late 2020. In an effort to tap into some of the TripAdvisor mojo, they’re calling it ApartmentAdvisor. The startup has 13 employees and an office in Harvard Square, not far from where Steinert hatched his prior company, CarGurus.

Most of today’s apartment search sites, Gilmore explains, “show you the most expensive inventory on the first page. We’re trying to do the opposite,” and focus on apartments that offer the best value for the money, using a rating system that ApartmentAdvisor has developed. “We want to show listings that people really want, rather than something that’s aspirational, but may be out of their price range,” Gilmore said.

Most apartments listed on the site carry a label indicating whether they are a “Great Deal,” “Fair Deal,” “High Price,” or “Overpriced.” That $4,400-a-month one-bedroom in Seaport? It carries the “High Price” label, despite the indoor basketball court and concierge.

Gilmore says there are “close to 100 different things we are looking at” to create that rating, including crime data from the neighborhood and building amenities such as elevators, parking, dog (and human) day care, and in-unit laundry. The company is also planning to develop tools that will help renters understand whether they have the income level and credit score to qualify for a particular apartment. “The landlord doesn’t want to get 100 leads [of prospective renters] with credit scores too low,” Gilmore said.

Steinert says that the company is working with five large property databases to obtain listings. The plan is to present those listings for free but to charge landlords and rental agents for a premium position at the top of a page, similar to the CarGurus business model.

Steinert says that his past two companies have gotten to profitability with only about $5 million in funding. “I’m not going to go raise $20 million or $40 million for ApartmentAdvisor,” he says. “I don’t think you need to. Keeping your burn rate low allows you to dodge and weave and change things as you go,” he said, referring to the rate at which a company spends money. “I’ve got enough capital. I’m trying to put it to work. The last thing I want is to have some venture capital firm put money in.”

“The question for ApartmentAdvisor is, how do you differentiate yourself,” said Ishay Grinberg, founder of the Somerville-based startup Rental Beast. It supplies data about apartments to the operators of multiple listing services, databases used by brokers. One challenge for ApartmentAdvisor, he says, will be gathering listings from smaller landlords, who may only own one or two apartments each.

Read more
Amenities go wild at...
As part of your rent at the new $300-million apartment building called Kurve on Wilshire, you can get...
Read more
4 Signs the Hot Housing...
This year’s housing market has been high-stakes. Prices skyrocketed, bidding wars were rampant and,...
Read more
5 Things Landlords...
Here's how landlords can prep for 2022 -- and whatever it may bring. Key Points Landlords...
Read more
Detroit leaders call...
DETROIT — Public officials and leaders in Detroit are calling for policy changes and programs to...
Read more
Proper Documentation...
This article was contributed by the Fair Housing Institute.  Why is documentation so important? How...
Read more
5 Industry Trends That...
The rental property market changed a lot in the past year and shows no signs of slowing down. While...
Read more
Most CRE Firms Mum On...
In the few days after President Joe Biden's administration issued a rule requiring large employers...
Read more
New York To Suspend...
The state plans to pause its Emergency Rental Assistance Program for struggling New Yorkers on Sunday,...