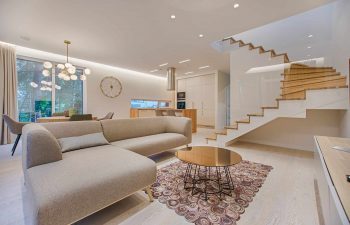 Apartment rents have fallen in the Twin Cities since the COVID-19 pandemic took hold of the United States nearly a year ago. But the good news? While median multifamily rents are down or mostly flat in the Twin Cities today, they haven’t plummeted. And the future looks brighter for the local apartment market.

According to the report, the median monthly apartment rent for one-bedroom units in Minneapolis stood at $1,300 in February. That’s down 5.8 percent from a year earlier, thanks largely to the impact of the pandemic.

Two-bedroom apartment units are faring better. Zumper reported that the median monthly rent for two-bedroom units was $1,800 in February. That is actually up slightly — very slightly — by 0.60 percent when compared to the same month a year earlier.

And the future? That’s difficult to predict, but as vaccines roll out, there is hope for a spring and summer that feel more normal this year. That bodes well for the local multifamily market.

One of the more interesting trends in the Zumper report, and one that could impact the Twin Cities, is that it appears rents are growing again in some of the country’s more expensive cities, something that did not happen in 2020.

In February, one-bedroom median prices grew in three of the country’s most expensive cities: New York City, where median rents grew by 4.7 percent; San Jose, where they rose by 2.3 percent; and Boston, where they jumped by 1.5 percent.

This marks the first time the country has seen prices grow at a monthly rate in New York City since February of 2020. At the same time, cities that became destinations in 2020 because of their relatively lower costs have started to see their rent growth slow.

This could be a sign that renters are no longer fleeing big, expensive cities as vaccines roll out and the hope for a normalish summer grows.

According to Zumper, the median one-bedroom price in the bottom 92 of the 100 cities it tracks was only 1.9 percent higher than it was a year ago. That is considerably lower than the 5 percent to 8 percent growth in these cities during the middle months of 2020. This slowdown has resulted in an increase in the rental price gap between the most expensive cities in the country and the more affordable ones in recently months.