Why Apartment Cooking Fires Are So Dangerous 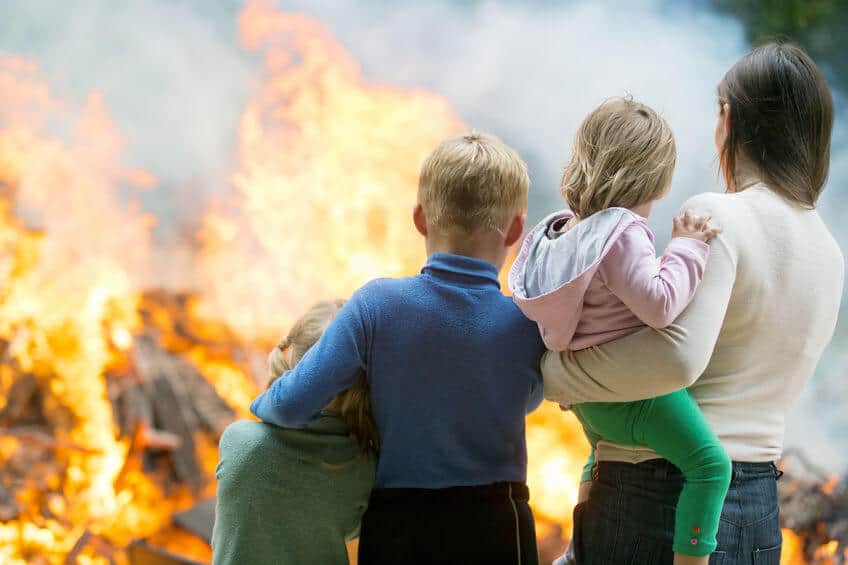 When it comes to apartment buildings, the kitchen truly is the most dangerous room in the home.

Even though incidents of apartment fires have dropped by more than 20% since 1980, according to the National Fire Protection Agency, and deaths from apartment fires dropped by 40% during that time, apartment cooking fires still remain the greatest safety threat for tenants.

When compared to any other cause of fire in apartments, cooking has a distinct lead. And even though cooking fires are a danger in one- or two-family dwellings, apartments have double the rate of cooking fires. What makes them more dangerous is that one person’s fire, if not contained immediately, can spread through a building and affect other units and tenants.

Learning why cooking fires are so prevalent in apartments and knowing what options are available for preventing them are important first steps. But it’s also critical to be able to educate tenants on what they can do if an apartment cooking fire breaks out.

What Makes Kitchens So Dangerous?

Kitchens are used daily by household members of all ages, so it’s easy to forget the many dangers that can be found there. People decide to cook when they’re sleepy, when they’re intoxicated and when they’re distracted. And all those things can be just as dangerous in the kitchen as they are behind the wheel of a car.

Just a few of the accidents that can happen in the kitchen in these situations are having a pan of hot water, grease or food pulled off the stove by a child; tripping over a pet or small child and falling onto the hot range; getting clothing too close to an open flame and catching on fire.

It’s important to note that clothing catching on fire only happens in 1% of kitchen cooking-related fires, but it is responsible for 16% of all cooking fire deaths.

As soon as that hot oil makes contact with a flame or hot burner, it can quickly ignite. If oil is poured out of the pan and some drips down the side — and then the pan is returned to the burner — that also can start a fire.

Adding to the danger is that many people do not know how to react to a kitchen cooking fire. The NFPA reports that three out of five people who are injured during cooking fires received those injuries from trying to fight the fire themselves.

Mitigating the dangers of possible kitchen fires depends upon having the right components in place. For starters, provide information on kitchen safety — and cooking safety in particular — to all tenants. Apartments are more likely than homes to have sprinkler systems in place, which gives them an advantage over single-family homes, but those sprinklers aren’t triggered until it detects a fire that is at least 155 degrees. That’s why it’s critical to have other safety measures as well. These include:

Smoke detectors. You know the saying; where there’s smoke, there’s fire. If someone has left the room and a cooking fire breaks out, a smoke detector will alert them. However, if they have left the apartment, or are asleep or passed out and can’t hear it — which is the cause of about one-third of cooking fire deaths — it’s of no use.

Fire extinguishers. Every kitchen should be equipped with a Class B fire extinguisher designed to put out fires on flammable liquids like grease and oil. However, it’s important that they know how to use it properly, since improper use has been linked to respiratory problems and even cardiac arrest.

Fire suppression system. While both smoke detectors and fire extinguishers are important tools, they have limitations and depend on human intervention. StoveTop FireStop’s fire suppression system uses canisters that are mounted above the stove’s burners, either under the microwave or the range hood.

If a fire should break out on the range, StoveTop FireStop is activated when a flame comes in direct, sustained contact with the fuse. When activated it makes a loud “pop” noise to alert the tenant and releases a fine, dry powder over the flames to safely suppress the fire. Once the fire is safely suppressed the burner should be turned off. Since it is activated automatically, it doesn’t require human intervention.

While it’s not possible to make sure every tenant is doing what’s necessary to prevent kitchen cooking fires, there are steps you can take to safeguard apartments. Education, the proper tools and a powerful fire suppression system can help your building’s tenants from becoming the latest statistics in apartment cooking fires.

Read more
Ways to Succeed as a...
Keeping yourself—and your tenants—happy A live-in landlord, also known as an owner-occupied...
Read more
How To Determine...
What To Deduct From the Security Deposit A landlord can charge a tenant by deducting money from their...
Read more
One Of Your Tenants...
A gas leak at your property is an emergency that requires immediate attention and action. This article...
Read more
How to Avoid a...
As a landlord in Massachusetts, you have rights when it comes to your rental properties. You don’t...
Read more
How to Beat the...
By Brian Sacks, Author of The Real Estate Loophole  We all know that rents are rising and so are...
Read more
5 Steps to Starting a...
By David Mencel, Author of The Vacation Rental Bible and Supercharge your Airbnb   Are you...
Read more
How to Start an Airbnb...
You need to know these essential strategies when starting an Airbnb business by subleasing. This can...
Read more
When Can a Tenant...
There are a handful of ways a renter can get out of a lease without paying. There are a few instances...