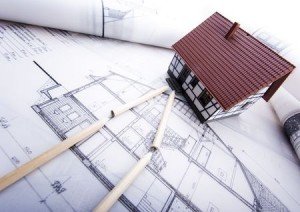 The strong supply growth in most major markets is just another confirmation that multifamily construction financing is still a competitive environment. Underpinned by a variety of factors—such as availability of capital and a growing interest for urban core development—capital costs have started decreasing. Jonathan Lee, principal & managing director of George Smith Partners, provides more explanations for the drop and discusses what it will take to trigger a serious economic slowdown that would crash the market.

How would you describe today’s multifamily construction financing landscape compared to a few years ago?

Lee: The financing landscape is as robust as it has ever been—just not in the way we’re used to seeing it. Bank loans, debt funds, preferred equity and joint venture equity are as accessible now as they were three years ago. What has changed is that deal returns have grown tighter and tighter due to land costs, entitlement delays and rising construction costs.

Borrowers sometimes complain that banks’ leverage has dropped, when in reality their proceeds were always constrained by an exit DCR test or debt yield test. The bank can’t necessarily increase its lending capital just because a sponsor’s costs rose 10 percent. The most liquid part of the market is in the preferred equity space. Any shortfall in bank dollars is easily compensated with preferred equity and the blended rate is not punitive.

Also, if a borrower’s debt provider doesn’t allow preferred equity, then debt funds are providing 80 percent leverage at LIBOR plus 700 basis points on a non-recourse loan. That kind of leverage allows a sponsor to retain more interest in a project, versus bringing in a joint venture equity partner.

Tell us about the biggest challenges in construction financing today, particularly in the multifamily sector.

Lee: One of the biggest challenges has been rising costs. Our clients who bid out projects last summer or fall are now coming back with ready-to-issue permits. When they go to do a final bid round with subcontractors, they find the costs for labor and material have risen as much as 15 percent. Material costs have leveled off since last year, but general contractors are still taking the opportunity to recoup what they didn’t earn between 2008 and 2012.

Another challenge is rental growth. It seems as though rental growth has leveled off or decelerated in gateway cities, so we aren’t seeing a bump in stabilized NOI in year three in appraisals, which affects the debt-yield test that banks are using to complete their underwriting.

As interest rate rises pause, how do you anticipate the cost of capital will evolve? What other factors will influence this cost?

Lee: The cost of capital for core infill deals is dropping. Two years ago, for a client seeking a ground-up transactional loan, who has no deposits in the bank he is approaching for that loan and would be a first-time borrower to that institution, the pricing was LIBOR plus 275-325 basis points. Today, that same loan would be priced at 25 basis points less than that. For a non-recourse loan, the price two years ago was LIBOR plus 400 basis points or higher and we just priced a 65 percent non-recourse loan at LIBOR plus 350 basis points for a first-time borrower. The name-brand regional developers are receiving even cheaper money.

What borrowers don’t necessarily realize is that banks are increasing their allocations—including construction and CRE allocations—to keep profits growing for shareholders. I spoke with a lender at one bank this year whose group placed over $1 billion last year. The bank told the lender he had to double that this year and gave him no additional staff to do it. So, when that lender spends time on a good deal, he will drop his pricing to win it just to meet his goals. It also means that lender might reach on pricing on a deal in a tertiary area just so he can recoup what was lost on the main deal.

What do borrowers need to know about today’s lending environment?

Lee: Construction lending is plentiful and intermediaries are helpful in keeping lenders competitive. That sounds self-serving, but we recently marketed a deal to a bank that had just completed a large transaction for a borrower. On the first deal, the bank constrained leverage to an 8.5 percent debt yield. That project exceeded expectations, leased up in record time and was a complete success. With the same borrower and a new project in the same market, that bank agreed to do the second loan at a 9.1 percent debt yield. Bear in mind that CMBS is doing full-term interest-only loans for 10 years on a 7.75 percent debt yield, so 9.1 percent is extremely conservative. When the bank realized it was going to lose the deal based on our reach in the market, the debt yield was lowered and the proceeds rose again.

With an anticipated slowdown in this late-cycle economy, how do you expect construction financing to be impacted?

Lee: Will a recession hit us at some point? Yes. Is it closer to us than it was last year? Yes. But, like your readers do, I keep myself informed, read whatever I can get my hands on and have heard economists at conferences like PCBC and ICSC give their insight. For three years, I have heard “The market is going to reset soon,” but it hasn’t. In fact, they just announced 3.2 percent GDP growth. So, as far as construction lending goes, there will be a lot of hand wringing from credit committees, but nothing will change until a true macro event occurs. If John Q. Public really believed we were headed into a recession, he would drop his land price—and we know that hasn’t happened.