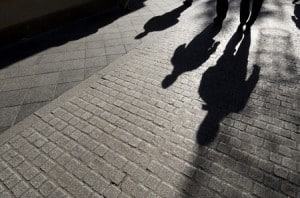 In a recent phone call from a prospective tenant, Robert’s last question of me was, “So, do you rent to felons?” When I asked what his felony was, he replied, “Strangulation.” I told him I’d have to talk to my owner, and suggested he call me back in a couple days. (I’m the owner, of course, but keeping that fact private has saved me time, stress and hassle through the years.)

HUD Secretary Julian Castro recently released a 10-page statement, warning property managers, agents and landlords they can be held liable for discrimination if they deny tenancy because of criminal records.

He wants to protect the fair housing rights of people who are re-entering the housing market after leaving prison. He claims that colorblind policies — like screening all applicants for criminal background checks — have a discriminatory disparate impact on minorities that are arrested at rates higher than their proportion of the general population.

So, even though barring tenancy to felons serves a nondiscriminatory, legitimate purpose for our neighborhoods, we may be putting ourselves at risk to do so!

And although Robert never called me back, let’s assume I had rented to him, and three months later, he fought with and strangled my tenant on the other side of the double. Was it my responsibility to protect the neighbors? Would that tenant have the right to sue me for negligence?

Although I’ve given second chances to some who’ve had run-ins with the law, I’ve always had a policy of not renting to people with felonies. I’m a single woman, I work alone much of the time, and I care deeply about my neighborhoods and tenants. With this new missive from HUD, maybe a conversation with my real estate attorney is in order …

So, when it’s time to go, make a written plan to make things right quickly, or make the move to get them out. Although we’re witness to a myriad of sad situations, this is an income-producing business — first and foremost — and our decisions have to focus on that priority.

A Bit About Barb Getty:  Graduating Purdue and marrying soon after, Barb settled in Indianapolis in 1980.  In 1992, after the loss of her son and the ending of her marriage, Barb bought a fixer upper and moved in with her daughters.  With her first project successfully completed, Barb purchased her first duplex with little money, no credit, and no experience as a landlord.  Today she proudly owns over 27 single and multi-family units as low and middle income rentals. Her book, The Landlord Chronicles, Investing in Low and Middle Income Rentals, offers common sense advice to all types of investors.  She is financially and emotionally invested in her work with a positive attitude and a strong sense of humor.  Barb Getty is making a difference in her tenants’ lives, the neighborhood, and the city as well.  To learn more about Barb, follow her blog, or purchase her book, visit: http://www.thelandlordchronicles.com/

Read more
White House using...
Read the full White House Press Release Here. The White House announced Wednesday it is taking...
Read more
Promoting Responsible...
Perhaps one of the most positive developments in the rental-housing industry over the past decade is...
Read more
Smart home security:...
Key takeaways Wireless technology has made security systems more affordable Video...
Read more
What To Expect When...
Every property manager or management company is different, with different skills and different goals,...
Read more
Pros and Cons of Rental...
What to Consider Before Investing Not every type of investment property is right for every property...
Read more
7 tips for designing...
Cortland’s Karl Smith, aka “Dr Fitness,” offers advice on how to design and operate new and...
Read more
Roof Replacement Costs
At some point, every homeowner will deal with roof replacement costs. Whether it's a few missing...
Read more
7 of the Most Common...
Don't fall into these seven common pitfalls of the real estate sector. Real estate is one of the...