Home · Property Management · Latest News · Urban Institute: Some cities might be close to a housing bubble 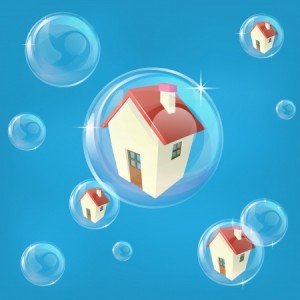 As home prices continue to rise across the U.S., the dreaded “housing bubble” question begins to rise.

The Urban Institute released a report from its researchers Bing Bai and Edward Golding, who served as the head of Federal Housing Administration under President Barack Obama, that addresses just that.

The Urban Institute explained that in order to determine if the U.S. is in a housing bubble, knowing the reason for the price growth is critical.

“The critical question, however, is whether the recent appreciation is driven by fundamentals, such as growth in household income, or by pure speculation,” the report stated.

In order to determine the reason for the price growth, Urban Institute utilized its housing affordability index, which measures if the median household can afford a standard mortgage of a median-priced home.

But this is nothing new. In fact, First American Financial Corp. releases its Real House Price Index every month, which examines affordability by comparing home prices against interest rates and income to determine the “real” value of a home.

“As mortgage rates rise on the back of the last months’ FOMC decision to reduce its portfolio of bonds and supply remains constrained, affordability will continue to decline for those seeking to achieve the goal of homeownership,” First American Chief Economist Mark Fleming said. “Yet, while affordability is lower than a year ago, it remains high by historical standards. Only three states and the District of Columbia are less affordable today than they were in January 2000.”

The areas that could possibly cause concern include Hawaii, which is up 8.1% from January 2000, California which increased 5.7%, and Alaska, where home prices are up 4.6%. The District of Columbia is up 3.6% from that same time period.

The interactive map below shows several cities, mainly in California, also rose higher than their 2000 levels. A score of 100 marks the benchmark level in January 2000, with anything over 100 being cities or states that surpassed that level.

The Urban Institute saw similar results when it measured the top 37 largest metropolitan statistical areas to find which, if any, could be areas of concern for a real estate bubble using data from CoreLogic, the U.S. Census Bureau, the U.S. Bureau of Labor Statistics and Freddie Mac. Urban Institute’s researchers looked at the area’s real increase in home prices since their lowest point and the institute’s affordability measure.

The company added the rankings together and re-ranked the MSAs most likely to be in a bubble, calling it the “bubble watch” rank. The top 10 MSAs are ranked high on both home price growth and lack of affordability measures. But further down the list, the rank could be driven by one measure or the other.

Six metros stood out above the rest: the San Francisco area and the San Jose area tied for the top ranking in the institute’s bubble watch. The Miami area and Oakland, California areas tied for third place, and the Portland and Seattle areas tied for fifth place.