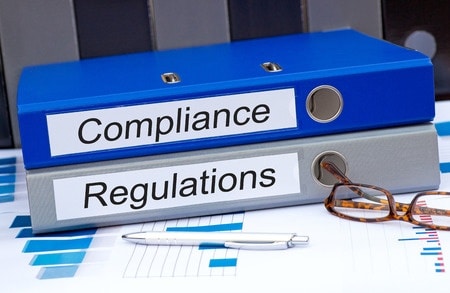 It’s been more than three months since the Legislature passed the Housing Stability and Tenant Protection Act and Gov. Andrew Cuomo signed it into law. As the dust has settled, scenarios have begun to spring up, showing just how ill-conceived the law is when confronted by reality.

I was at a wedding recently when a friend who is a contractor asked me, “What’s happened to all my work?” He explained that a good deal of his work was renovating and improving apartments. He used to upgrade apartments substantially, enhancing the lives of incoming tenants, he said, but now many owners had canceled contracts and wished to simply paint the apartments and leave outdated finishes, flooring and cabinetry in place.

I explained that the new law had eliminated any incentive for an owner to engage in substantial upgrades of regulated units.

Several days later a client wanted to know: “A rent-stabilized tenant, who intends to stay in her apartment for many years, asked that I upgrade the kitchen and the bathroom. The tenant is willing to pay the permitted increase. How much can I charge?”

The upgrade that the tenant wanted would cost more than $30,000. Under the previous law, the owner would have been entitled to increase the rent by $500 per month, a sum the tenant would have gladly agreed to for her dream apartment. But the new law capped the improvement amount at $15,000 and would limit the monthly increase to $83.33—a reduction of $416.67 per month.

Once the owner understood the economics, he told the tenant that he could not agree to make the requested improvements. The tenant was flabbergasted that she was effectively barred from living in the sort of home she wanted.

Foreign students also are feeling the effects of the new law. These prospective tenants usually have no local credit, no employment history and no guarantor. To obtain housing so that they can pursue a degree in New York, they frequently provided owners with prepaid rent. The Division of Housing and Community Renewal had permitted prepaid rent, even in a rent-stabilized context, when it was offered voluntarily by an income- challenged applicant. But the new law bars this concept; it says that no advance rent is permitted—and allows no exceptions, even when voluntarily requested by the tenant. Absent some method of providing assurance of payment, an applicant for housing who does not have sufficient income will be lawfully denied the lease. The result? No one benefits.

Perhaps the most heartbreaking incident involves a couple who had invested much of their savings into purchasing a small building so that they could recover apartments to create a home for themselves and their children. They made the purchase right before the HSTPA was enacted. The building was made up of small studio apartments. To create their family home, they would need to recover possession of multiple units—a right that had existed under the law at the time they purchased the building.

But the new law limits owner-use recovery to a single apartment. Recovering one small studio apartment would not address their family’s housing needs.

They realized that their dreams were crushed. The right to live in one’s own property, a fundamental right, was now gone. Their plans had gone up in legislative smoke—disappeared overnight.

Had there been some better understanding of the realities of owning, renting and managing multifamily housing, the Legislature could have avoided these and the many other problems created by the HSTPA. But that does not seem to fit with the politics of the day. As the days, weeks, months and years go by, these unintended consequences will surely multiply.