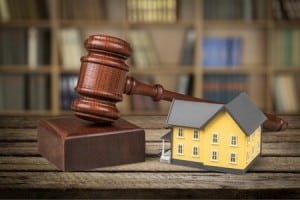 Several major cities across the U.S. have either issued temporary bans on evictions or are considering them as the novel coronavirus outbreak unfolds.

“We must avoid the creation of a greater public health emergency that would result from subjecting thousands more families to homelessness, and we must protect our residents from the fear of potential eviction resulting from economic dislocation,” San Jose Mayor Sam Liccardo said when proposing the city’s temporary moratorium on evictions.

In other cities, mayors have declared states of emergency that bar evictions from moving forward. That’s the case in Miami-Dade County in Florida and in Baltimore.

Boston Mayor Martin Walsh told the Boston Herald that he had asked the Massachusetts court system “to offer leniency to those facing non-essential evictions” as consumer advocates called for a ban on the practice during the infectious disease pandemic.

“A hold on physical evictions that allows court proceedings to continue has the dual benefit of keeping residents in their homes while opening paths to emergency rental assistance funds at the state and local level. The 30-day hold can be renewed each month based on the needs of the community and status of COVID-19 illnesses,” the Rental Housing Association of Washington said in a statement.

Seattle Mayor Jenny Durkan has already used her authority to expand capacity for the city’s homeless shelters, and the city is also refraining from turning off power or water due to nonpayment during the coronavirus emergency, the Seattle Times reported.

A spokeswoman for the Philadelphia mayor’s office said the city is encouraging landlords “to recognize the extraordinary circumstances tenants may be facing by not adding housing insecurity to a family’s financial or health challenges.”

(The National Apartment Association did not immediately return a request for comment on eviction bans in light of the coronavirus.)

Evictions may not proceed normally even in cities that haven’t halted them, because court systems in many municipalities have either halted or scaled back operations during the outbreak.

Annually, there are around 3.6 million eviction filings in the U.S., which equates to about 300,000 filings per month on average, said Alieze Durana, spokeswoman for the Eviction Lab, an organization at Princeton University that researches eviction trends across the country.

For millions of Americans who work for hourly wages below $15 an hour and do not have paid sick leave or the option to work from home, the coronavirus outbreak could be devastating. The Eviction Lab’s data show that nearly 40% of eviction judgments are for less than $1,000, Durana said.

“We’re talking about people being really one rent payment away from an eviction judgment,” Durana said.

Avoiding evictions at a time when millions of people could lose income is also a matter of public health. “This pandemic is a stark reminder that housing is health care,” said Diane Yentel, president and CEO of the National Low Income Housing Coalition. “Policymakers at all levels should immediately implement moratoriums on foreclosures and evictions.”

Some hospitals and insurers in recent years have paid for patients’ housing costs as a part of their care, arguing that having a safe place to live improves patients’ health outcomes.

Going through the eviction process could expose more people to the coronavirus. Attending a court hearing regarding an eviction works against the recommendations health officials have made to practice social distancing in an effort to reduce transmission. The situation may only get worse if people are displaced from their homes.

“They could end up doubling up with friends and family, which would be concerning given that what we saw in the case of China was that the transmission of COVID-19 happened through families who were living together,” Durana said. She also added that sleeping in close quarters at homeless shelters is another source of concern.

“We live in extraordinary times, and I think our priority is to both ensure family and individual well-being and think about the larger public health picture,” she said.