Two Tenants Per Bedroom Not the Rule 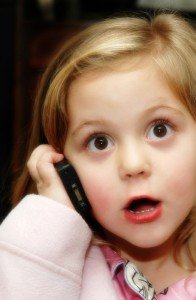 The owners of an apartment complex in Grand Rapids, Michigan are being sued after a leasing agent turned away a family who wanted a two-bedroom apartment.

According to a report, the married couple with three children were denied a two-bedroom rental home based on the landlord’s two person per bedroom occupancy standard.

The family enlisted the help of a local fair housing advocacy group, which filed a lawsuit against the owners of the apartment complex for violation of state and federal anti-discrimination laws.

Prior to filing the complaint, the fair housing office sent testers posing as both married and single women with multiple children.  each time, the testers were told about the leasing policy of allowing only two children per bedroom.

A spokesperson for the housing agency told reporters that this type of policy in larger apartment complexes is rare because most managers know that the occupancy limitation is illegal.

The fair housing center is asking for punitive damages and recovery of the cost associated with the investigation, and says it will divert funds for an educational outreach on housing discrimination.

With the number of housing advocacy groups tasked with protecting tenants,  it’s extremely important for landlords to be informed about state and federal housing laws. While the two person per room occupancy standard is a guideline, it was never intended to be strictly enforced. In fact, the rule has been used to include tenants when families spring from studio and one-bedroom apartments.

Relying on local law is not always a defense; in some cases, HUD has claimed that those local standards are illegal. A number of factors must be considered before rejecting a family based on occupancy limits.  For example, the age of children, and the overall size and floor plan of the rental home may allow for higher occupancy without violating safety or health standards.

Rejecting a family for having an “extra” child or two can prove a costly mistake.