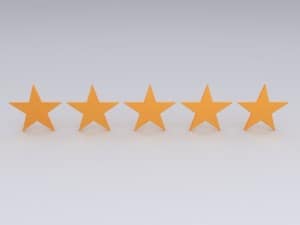 View the complete rankings and detailed analysis online at www.nmhc.org/goto/2012NMHC50.

The 2012 NMHC 50 shows that there was no single strategy employed by apartment firms to capitalize on the surge in the rental market, said NMHC Chief Economist Mark Obrinsky. Some pursued aggressive acquisitions programs while others took advantage of growing investor interest in apartments to be net sellers of non-core assets. This helped lead to 54% more transaction volume in 2011 than 2010 and nearly triple the 2009 level. At almost $54 billion, the volume surpassed 2004 levels” the last year before the condo conversion-fueled boom.

The industry continued its robust recovery in 2011 as more households decided that renting was a better fit for their lifestyles, needs and budgets than owning, said Obrinsky. The boom in rental living combined with the near-bust in supply over the prior three years led to strong rent growth for the industry.

NMHC partners with Kingsley Associates, a leading real estate research and consulting firm, for the NMHC 50s research and analysis. Among the highlights:

The Top 50 owners and Top 50 managers groups each grew their collective portfolios by more than 60,000 apartment units in 2011 to 3 million and 2.8 million units in total, respectively.

The 2.8 million units managed is the highest on record for the NMHC 50.

Greystar Real Estate Partners, LLC (Charleston, SC) was the largest apartment manager in 2011 for the second year in a row with 192,711 units.

Many top owners grew their portfolios via new development activities or acquisitions in a play to take share in targeted markets, with 32 firms collectively adding 143,200 units to their portfolios.

By contrast, 17 were net sellers, dropping 78,098 units. REITs were among the largest in this category. For the fourth year, Aimco (Denver, CO) was the biggest net seller among the NMHC 50, trimming its portfolio by 17,313 units. Equity Residential (Chicago, IL) shed the second largest number of apartments among the NMHC 50 owners, downsizing their holdings by 9,861 units.

Even with the growth recorded by the NMHC 50, the owners control just 17% of the national apartment stock and the managers oversee 15.8%.