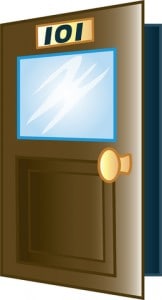 College graduates from across the country have more in common than that shiny new diploma and the class of ’13 distinction. No matter where they received their degree, they all face the same life-changing decision: where to work and where to live.

While the national unemployment rate is moving down, competition for jobs is still stiff, with the Bureau of Labor Statistics citing 11.7 million unemployed persons (April 2013) and a mere 3.8 million available jobs (March 2013). With apartment rents increasing each year and the continuing challenges of a slower economy, it is becoming more important for recent grads to explore the possibility of starting their professional lives in a city that offers the best overall opportunity for employment, career success, living affordability and an energetic, youthful culture.

For the sixth year, Apartments.com has complied the “Top 10 Best Cities for Recent College Graduates” to help make this big decision a little easier.

“When starting the search process, it can be tempting to focus on just the biggest cities,” said Tammy Kotula, public relations and promotions manager for Apartments.com. “In fact, many other ‘best of’ lists tend to be heavily weighted toward the country’s largest markets, which obviously offer a lot of career opportunities. However, it is important to carefully consider all aspects that a city, even a smaller market, has to offer before deciding where to settle down.”

Kotula added that the first step should be to identify cities that offer affordability alongside professional opportunity. Hand-in-hand with this qualification is to try and determine if the city’s demographics line up with those of a recent college graduate. “If you are single and in your early to mid-20s, chances are the lifestyle in a city with a similar demographic profile will be more appealing than it would if you were striking out on your own in a market that is heavily skewed toward married households with a higher median population age,” continues Kotula.

The sixth annual Apartments.com “Top 10 Best Cities for Recent College Graduates” list is a resource designed to help identify the best places in the country for new graduates to begin this chapter of their lives, taking into account employment opportunities, salary, rent for a one bedroom apartment and the city’s median age and percentage of male and female only households, as an indicator of the youthful singles’ scene.

Phoenix tops the list with the average cost of a one-bedroom apartment at $708. Orlando, San Antonio, Columbus, and Austin complete the top five. Raleigh, NC comes in sixth place, followed by Oklahoma City, Fort Worth, Dallas and Minneapolis, where a one bedroom apartment runs $ 1,177.

The Apartments.com “Top 10 Best Cities for Recent College Graduates” list distinguishes itself from other “best of” lists through its comprehensive view of what qualifies a city to be considered.

“Over the past six years that Apartments.com has been culling this list, we have adapted to economic changes and have adjusted our methodology accordingly,” states Dick Burke, senior vice president and general manager, Apartments.com. “This way we are evaluating what is most meaningful to recent graduates in the context of the bigger picture in unemployment, affordability and other key factors.”

This year’s list took into account affordability vs. just median income, which gave advantage to cities where the average rent for a one bedroom apartment falls within the recommended 25% of gross median income. In addition, unemployment was a major factor in determining this sixth annual list. Cities with unemployment above 7% were eliminated. Burke adds, “We believe that a low unemployment rate contributes to a vibrant community with more job opportunity across the board, which is good not only for entry level positions, but also as an indicator of potential as a person moves through his or her career.”

In addition, this year’s list takes into account demographics. Added weight was given to cities with the highest percentage of population between 25-29 years of age and men-and-women-only households, as an indicator of the youthfulness and singles scene in each market. In addition, cities with significantly low or high median age for population were eliminated. Kotula comments, “This helped steer our list away from all college towns, which is reflected by a low median population age, as well as cities that skew more middle to retirement age population-wise.”