Home · Property Management · Latest News · To solve our low-income housing crisis, the voucher system must work for landlords, too 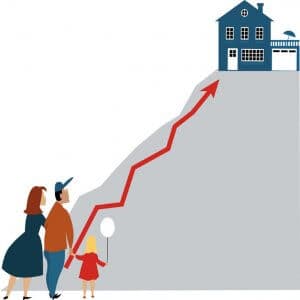 SOUTH EUCLID, Ohio — More than 1,200 landlords were invited to South Euclid’s seminar in the fall, an event designed to help them understand the importance of federal housing vouchers and the city’s anti-discrimination law that protects low-income renters who use the subsidies.

But only 15 landlords registered to attend the training. Ten showed up.

At first, I concluded, the low turnout told me everything I needed to know: Too many landlords just don’t care about diversity and inclusion. They don’t care that housing subsidies give families a shot at better schools and better jobs, or that the widespread discrimination voucher holders face often relegates them to the same dangerous, unstable neighborhoods they had tried to escape.

But then I witnessed an exchange between one landlord and Kris Keniray, the associate director of the Fair Housing Center for Rights & Research, and it made me realize that perhaps protecting the rights of tenants isn’t enough. The voucher system and the bureaucracy that supports it also need improvement to avoid penalizing landlords who come to the program in good faith and to leave those who don’t with fewer excuses to ignore laws like South Euclid’s.

In her comments, Keniray thanked the suburb for leading the way with its progressive anti-discrimination policy, which prohibits landlords from turning down tenants simply because they plan on using a housing voucher to pay a portion of their rent. But the law appears to be widely disregarded by landlords in South Euclid, and few have been held accountable.

“One in seven African-American households who rent in Cuyahoga County has a voucher,” Keniray told the small group of landlords. “Think about that. If all private landlords say, ‘We’re just not going to deal with vouchers,’ and they don’t even respond when someone inquires, what impact does that have on our community?”

One landlord raised his hand.

“I love your passion,” he told her. “And I totally agree that all of the things you described are important. I’ve been in this business a long time. There’s no question, discrimination is real.”

But then he pointed to the lengthy process of having one’s rental property inspected by a Cuyahoga Metropolitan Housing Authority contractor and approved to accept a voucher tenant. CMHA officials had said earlier in the seminar that the process generally takes 21 days – that is, if the inspection can be scheduled promptly and the unit passes on the first try. Delays along the way, which are common, could mean a couple months without rental income for the landlord.

“For many of us, it’s not that we want to discriminate,” the landlord said. “It’s that there is an actual disadvantage to participating in the voucher program, regardless of what our intentions are. Maybe there’s a misconception that someone who owns real estate is a millionaire and can afford to lose money. But that’s not the case.”

Another landlord asked if CMHA could “pre-approve” a property to accept a voucher tenant – perhaps inspect the unit while it’s still occupied, so it’s ready to rent as soon as it becomes vacant.

Unfortunately, that’s not an option under HUD rules, responded Heather Gaines, director of the voucher program for CMHA.

I left the seminar with the feeling that much work still needs to be done if the federal housing voucher program is to live up to its potential, connecting families to housing options in higher-opportunity communities.

I believe, as strongly as ever, in the power and importance of local fair housing laws, and that they should be adopted more broadly than in just the handful of Ohio municipalities that have enacted them so far. It’s certainly time for us to galvanize behind a Cuyahoga County-wide effort to ban discrimination of tenants with federal housing subsidies.

But at the same time, 21 days is just too long for landlords to keep a property vacant when their livelihoods depend on rental income. We generally accept that every bureaucratic process will be a quagmire of paperwork and administrative fussiness. In this case, however, we’re expecting landlords to help solve our low-income housing crisis – we’re even passing legislation requiring it – without meeting them halfway with an efficient system that protects their businesses from harm.

Gaines and other CMHA officials pledged during the seminar to explore ways the inspection and approval process could be expedited. Doing so would be critical to a voucher program that meets the needs of all parties, and it would strengthen other reforms CMHA is delivering this year to make life easier for landlords.

For example, CMHA has said that it will begin conducting its routine inspections of voucher-rented units every other year, rather than annually – a policy shift that, hopefully, will alleviate some of the hassle landlords complain about.

And the housing authority has changed how it determines rent payments in a way that landlords might find encouraging. Until recently the U.S. Department of Housing and Urban Development capped voucher payouts at fair market rent, which was calculated over the entire Cleveland–Elyria Metropolitan Statistical Area, rather than taking into consideration smaller markets where rents might be higher. However, CMHA is now allowed to begin setting its payment standards based on fair market rent by zip code.

Also this year, landlords can expect to receive CMHA’s rent offers ahead of move-in inspections, helping them determine if the offer will suffice before they’ve invested time and money in inspections and repairs.

These reforms should pave the way for countywide legislation that protects the rights of tenants seeking a higher quality of life, without disenfranchising landlords like the one who spoke up during South Euclid’s seminar. When the system works at its best, families have access to safe, stable communities and landlords enjoy an efficient inspection process and a guaranteed rent deposit every month. Everyone wins.

And of course, a public awareness campaign to dispel myths that voucher recipients are bad neighbors would help all these efforts succeed – even if it means reaching just 10 landlords at a time.