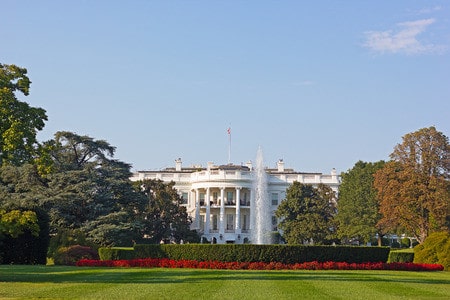 The DC Council is back from its summer recess, and members are weighing legislation intended to strengthen tenant protections against illegal eviction.

Currently, DC law generally prohibits eviction except under certain circumstances. One of those is that a property owner may evict a tenant if the landlord wants to live in the unit. As a protection against landlords abusing this provision, the law also prohibits a landlord who evicts someone for this reason from renting the unit to a new tenant for 12 months.

But current law isn’t strong enough, according to Councilmember Charles Allen (Ward 6). He introduced the Housing Conversion and Eviction Clarification Amendment Act of 2019 in January to add teeth to it by requiring a property owner to reimburse an evicted tenant for the cost of moving out of the property if the owner ousts the tenant but doesn’t subsequently move into the unit

Consequences for landlords who violate the law

The problem, Allen says, is that current law has no penalty if a landlord evicts a tenant but doesn’t move in, or rents out the unit to a new tenant during the prohibited timeframe. There’s nothing to stop dishonest landlords from saying they plan to move in when they actually have no intention of doing so.

“Essentially, we’re trying to close a loophole,” Allen said during a June 17 hearing on the bill.

It’s especially important because landlords may falsely claim they want to move into a rental unit in order to avoid the hassle of formal eviction proceedings, Allen told me. Then they could renovate it and rent it out at a higher price, convert it to a condominium, or sell it. That can undermine tenant rights under another law, the Tenant Opportunity to Purchase Act, which gives tenants leverage when a property owner wants to sell a rental unit.

The legislation, which has the support of Mayor Muriel Bowser’s administration, is still in the DC Council’s Committee on Housing and Neighborhood Revitalization. Its chairperson, Anita Bonds (at-large) hasn’t scheduled a vote on whether to advance it to the full council. The committee may make changes to the bill before it does so.

Allen introduced the bill in 2018 too. The housing committee, which Bonds has chaired since January 2015, held a hearing but didn’t advance the legislation, which died when the two-year legislative period concluded at the end of 2018.

In legalese, the DC Code refers to evicting a tenant so the landlord can move in as taking back the unit for “immediate and personal use and occupancy as a dwelling.”

Unfortunately, some landlords misuse this provision, according to Beth Harrison, a housing attorney at the Legal Aid Society. She explained how the legislation can help during the June 17 hearing.

“We have seen a number of cases brought claiming personal use and occupancy that clearly appear to be brought in bad faith or for retaliatory reasons,” she said. Landlords typically cite this provision as a way to get rid of a tenant who filed a housing code complaint or someone who participates in a voucher program, she said.

In her experience in eviction proceedings, landlords typically concede that they don’t really plan to move in when they’re challenged by a tenant’s lawyer. But that is no relief for the roughly 90% of tenants who don’t have the benefit of counsel, she said.

In addition to requiring a property owner to pay a wrongly evicted tenant for the cost of moving out, the bill would also require the landlord to pay the former tenant damages equal to the cost of one month’s rent that the tenant was paying for each month that the landlord hasn’t moved into the unit, for up to 12 months. It includes a good faith provision that exempts a landlord who genuinely planned to move in but experiences a change in circumstances outside their control that prevents it.

If the council approves Allen’s legislation, it would join other tenant-friendly bills the DC Council has enacted in recent years, including laws that prohibit landlords from immediately tossing evicted residents’ belongings on the sidewalk and place lower caps on rent increases in rent controlled units for elderly tenants and tenants with disabilities.