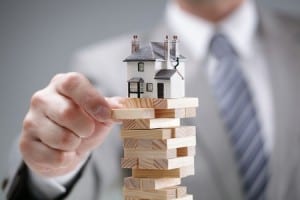 This past February, Oregon passed a statewide rent control bill while other states, including New York, are attempting to introduce, renew and or strengthen rent stabilization laws. While these laws are often seen as benevolent towards tenants, many people are surprised to learn about the fallacy of rent stabilization. The fact of the matter is that rent stabilization is not actually all that beneficial for tenants and doing away with the practice could help rents fall across the board.

In Manhattan and Brooklyn, for example, 40 percent of residential units are rent stabilized, which essentially means most of the tenants never move out. When 40 percent of the inventory is always off the market, there are a lot fewer apartments remaining. As a result, the free market apartments, which remain under this scenario, become significantly more expensive than they would have been otherwise. In other words, rent stabilization or rent control at one end of the market creates hyperinflation on the other end. In addition, the property owners of rent stabilized buildings are well aware that their tenants will probably never leave. Thus, they have little to no incentive to maintain the buildings. As a result, these properties often fall into disrepair. Whether or not this is completely just, the fact is that tenants are treated best in buildings where the owners are financially incentivized to keep them happy.

LET THE MARKET RUN ITS COURSE

Housing would be much less expensive nationwide if we had ended rent stabilization years ago. When all the apartments are opened to the free market, prices decrease naturally. Unfortunately, there is now heightened interest in either instituting rent stabilization or further strengthening existing laws in major cities such as New York, San Francisco, Los Angeles, Seattle and San Diego. If these attempts are successful, it won’t be long before investors lose interest in numerous buildings. When there are a few small buildings made up of rent stabilized tenants, it is virtually impossible to knock them down and build new, larger buildings. Contrary to what many people think, this wouldn’t be taking advantage of people with low incomes! Instead, rents would drop throughout the whole neighborhood which would be a boon to everyone. A new 150-unit building that can be fully rented to the free market is much better for the community than a 20-unit building that can’t be rented because it’s fully leased to rent stabilized tenants.

Among younger people in particular, there seems to be some misplaced resentment directed towards property owners. The image of the greedy owner who wants to kick out low-income tenants in order to maximize profit for themselves doesn’t get to the root of what is now a major problem within the residential housing market. Young people should be especially perturbed by rent stabilization legislation as it’s causing them to pay significantly more in rent than they would otherwise. Millennials are paying top dollar in rent while older people, some of whom are actually low-income and some of whom are definitely not, often have rent stabilized apartments that they’ve been in for years on end.

DETERRENT FOR TENANTS AND INVESTORS

The system of prices being kept artificially high because of rent stabilization is vastly unfair to young people who are just starting their careers, and it was not the initial purpose of the law. Rent stabilization originated during World War II, when a wartime economy was in place. This meant that wage and price controls were set for all kinds of commodities, including housing. That was certainly the right action to take in a state of emergency but after the war’s conclusion, the laws were not only kept in many cities, but further strengthened. Time and again, wage and price controls have been proven to cause inflation rather than to control it. We saw a variety of attempts being made at instituting these controls throughout the 1970s and it became clear that they resulted in a scarcity of goods and a subsequent economic imbalance.

By giving a good deal to a prior generation, rent stabilization hurt the next generation. Young people who are annoyed by high rents should direct their anger towards the government rather than property owners. Legislation being proposed in New York right now would require apartments to stay rent stabilized even after their existing tenants vacate. The politicians who are pushing this legislation think it will remove the incentive for owners to drive tenants out and thus they will start treating them better. Unfortunately, the more likely scenario is that owners will sell their assets at a loss and maybe even leave New York City altogether. If enough people did this, it would be a huge blow for the local economy. With so much similar legislation being proposed elsewhere, I fear it could soon be an even larger blow for the national economy.