The Biggest Bang for Your Remodeling Buck 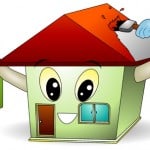 When it comes to remodeling, exterior replacement projects have routinely rewarded property owners with more bang for their buck. This year is no different, as Realtors recently rated many exterior improvements as among the most valuable home investment projects as part of the 2011-12 Remodeling Cost vs. Value Report.

This years Remodeling Cost vs. Value Report shows the value of putting your homes best faÃ§ade forward, so to speak, said National Association of Realtors President Moe Veissi, broker-owner of Veissi & Associates Inc., in Miami. Inexpensive exterior replacement projects are not only crucial to a homes regular upkeep, but are also expected to recoup close to 70 percent of costs. Specific exterior projects such as siding, window and door replacements are part of regular home maintenance, so many homeowners are already undertaking them. These projects also do not require expensive materials and they have the added bonus of instantly adding curb appeal.

HouseLogic.com, NARs consumer website, includes dozens of remodeling projects, from kitchens and baths to siding replacements, which indicate the recouped value of the project based on a national average. According to the Cost vs. Value, seven of the top 10 most cost-effective projects nationally in terms of value recouped are exterior replacement projects.

Realtors judged an upscale fiber-cement siding replacement as the project expected to return the most money, with an estimated 78 percent of costs recouped upon resale.

The 2011-12 Remodeling Cost vs. Value Report compares construction costs with resale values for 35 midrange and upscale remodeling projects comprising additions, remodels and replacements in 80 markets across the country. Data are grouped in nine U.S. regions, following the divisions established by the U.S. Census Bureau. This is the 14th consecutive year that the report, which is produced by Remodeling magazine publisher Hanley Wood, LLC, was completed in cooperation with NAR.

Realtors provided their insight into local markets and buyer home preferences within those markets. Overall, Realtors estimated that homeowners would recoup an average of 57.7 percent of their investment in 35 different improvement projects, down from an average of 60 percent last year. Due to a weak economy, high unemployment in the construction industry and the increasing cost of materials, the price of remodeling projects have risen, leaving many homeowners hesitant to tackle projects or encouraging them to scale back on their plans.

Resale value is just one factor among many that homeowners need to take into account when making a decision to remodel, said Veissi. The desirability and resale value of particular remodeling projects also varies by region and metropolitan area. A Realtor can help homeowners decide what low-cost improvement projects will provide the most upon resale in a particular market.

Most regions followed the national trends; however the Pacific region, consisting of Alaska, Hawaii, California, Oregon and Washington has the highest average cost-value ratio in the country, at 71.3 percent. This is largely because the high cost of remodeling in the region is more than offset by high values at resale. The next best performing regions were West South Central (67.7 percent) and South Atlantic (67.3 percent), mainly due to the low construction costs in the areas and relatively strong resale values.

Results of the report are summarized on HouseLogic.com. The website includes a wide variety of ideas and projects to help homeowners maintain, enhance and improve the value of their homes. To read the full project descriptions and access national and regional project data, visit www.costvsvalue.com. Cost vs. Value is a registered trademark of Hanley Wood, LLC.