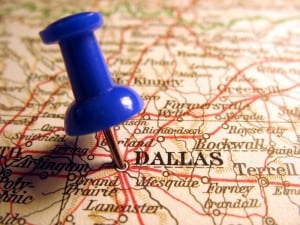 John Gillespie, an owner of 14 properties and 3,000-plus units in Dallas-Fort Worth, gave his staff a directive last year: Waive late fees, don’t evict anyone behind on rent and tell tenants about rent assistance programs, as well as the CDC declaration, a tool renters can use to postpone evictions.

He wasn’t following an order from the president, the governor or the Texas Supreme Court. He was following his own priorities of wanting to prioritize the safety of his staff and well-being of his tenants. As the pandemic — hopefully — reaches its final stages, he says no tenants have been evicted from his properties outside of a few who have broken leases.

Plenty of Texas landlords like Gillespie have made life easier on renters by going beyond the patchwork requirements and recommendations set by Texas and the federal government. Unfortunately, they have also dealt with plenty of costs during one of the hardest years in generations. Similar to their tenants, they’ve struggled to access meaningful rent assistance, forcing them to lose income and delay repairs to their properties all while wondering if they’ll ever make up the money they’re owed.

In Austin, Tahir Walji owns The Kensington Apartments and mostly rents to people with lower incomes. Unlike most of Texas, Austin has used a local moratorium to stop evictions while waiting for federal funding to reach renters and landlords. Walji says nearly half of his 149 tenants were behind on rent as of early April, with a cumulative $250,000 owed.

Walji said he wrote to Mayor Steve Adler and Travis County judge Andy Brown last year, requesting they give landlords the ability to directly access funding. Although the federal money required renter participation to secure funding, he wanted Austin or Travis County to set aside its own funding for landlords because of their local moratorium.

“This is a public policy item, but the cost has been shifted onto a private landlord,” Walji said.

At his properties in Fort Worth and Tarrant County, Gillespie ran into another issue. He said for the first several months of the pandemic Tarrant County and Fort Worth did not communicate with landlords, only accepting applications initiated by renters. When Gillespie could become more involved in the application process, he found it easier to obtain funding for him and his tenants.

The statewide rent assistance program — built through $1.3 billion in federal funding — also lets landlords initiate applications. If the program starts functioning properly, coupled with a continued decline in coronavirus cases, Gillespie says things should get better for landlords and tenants.

Walji is less certain. Landlords can initiate the applications, but they still need renter participation, as mandated by the federal guidelines. He wants funding for landlords specifically.

A special newsletter from our D.C. Bureau focused on transition to the Biden administration.

“It seems the landlord’s issues have been overlooked,” he said. “I guess it’s more politically expedient to push these costs onto the landlord.”