Tenants Use Internet to Shame Landlords 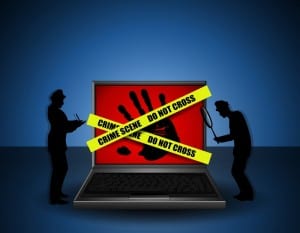 With social networking and blog sites so popular now, tenant complaints have taken on a whole new life as they are broadcast into cyberspace more quickly than a blink of the eye — and often before a landlord has a chance to respond.

Take the blog site Passive-Aggressive Notes, or ‘Team PAN’ as some of their readers refer to them.  Go there today and you’ll see tenants who have taken out their frustrations on landlords — one added the words “roach-infested, mold” to a landlord’s rental sign, another posted a sign that the landlord never turns on the heat.  Photos of these acts are displayed by tenants, and readers can join a forum to talk about it.

After some legal wrangling, the judge threw the case out, but legal scholars have criticized that decision and believe there was enough merit for the landlord to win, especially where the tenant allowed public access to her Twitter profile.

Internet dissing is a problem for landlords because, while tenants tend toward Internet savvy, oftentimes landlords aren’t out there surfing the same sites, and have no idea the tenant lashed out publicly.  As a result, landlords don’t respond, and readers only see the tenant’s side of the story.

It’s one thing to have an opinion, but sometimes tenants go too far. There are a number of possible legal claims that could arise from publicly airing complaints about a landlord.  Physically placing a placard, defacing a sign, or spray-painting a message on the rental property could be trespass. The public display of a photo of the act makes it easier to prove ‘whodunit’.

Defamation  occurs if the statements aren’t true, and it doesn’t require widespread readership to win a claim.  It is often enough for the landlord to look bad in the eyes of a few locals.  Same with the claim for interference with a contractual relationship– it may be there even if just one new prospect gets cold feet and backs out of a lease.  Sometimes the digs are too personal, and could be construed as an invasion of privacy, or even infliction of mental distress or harassment.

It is interesting to note on the PAN site that some viewers wondered whether the ‘roach and mold’ sign was such a good idea. They point out that it could be construed as a poor reflection of the tenants’ housekeeping skills.

What would happen if the shoe were on the other foot — if a landlord dragged a tenant’s name through the mud and encouraged other landlords to turn them away from rental housing?  Would they hold the landlord to a higher standard?