Tenants Threaten to Go on Strike 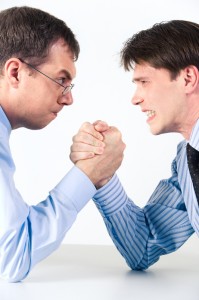 When a local investor took over four more rental properties in the Massachusetts towns of Malden and Medford, he didn’t plan for the public relations nightmare than ensued.

He paid $23.5 million for a 248 unit purchase, according to the local news, which has been following the developing story. The properties were not operating at maximum profitability, and the new landlord had a plan to turn them around.

There appears to be little dispute that tenants were paying below-market rent and had not been subject to routine rent increases. Many of these tenants did not have written leases, but had remained in the properties for years on month-to-month verbal leases, providing the new landlord with rights to change  terms fairly quickly.

Residents told a reporter that the employees went door-to-door to tenants explaining the new rent and leasing policies and requiring rental applications from tenants, or delivering 30-day notices to vacate.  The amount of the increases — roughly 30% – 50%, and the speed of the turnaround appear to be what riled these tenants, and prompted a protest.

That led to tenants from all the properties joining forces. While the landlord had wanted to negotiate with each tenant individually, apparently wanting to set rents based on individual circumstances,  the tenants instead formed a “tenants union”, and insist in negotiating collectively.

One tenant told reporters that because she is out of work and borrowing rent money from friends and family, she cannot come up with the added expense.  Still, she expects some latitude with rent increases, citing the fact that she’s been in the same unit for 15 years.

The new owner claims that the rent increases are justified given the market and location, and the fact that he needs to maximize rents in order to service his new mortgage.

He told reporters that he was willing to work with the more vulnerable residents, including those who are on fixed incomes or have disabilities.

This landlord has a bad reputation in online rating services, a fact uncovered by the news reporter.  These rating services have gained in popularity in recent years, especially in college towns.  Many of these services allow a landlord to post a rebuttal to tenant complaints.  It is becoming increasingly important for landlords to monitor information posted about them online.

As the protests heated up, Malden’s mayor stepped into the fray, while admitting that the government has no authority to stop the rent increases or evictions.  Still, he has agreed to serve as mediator for future rent negotiations.

Meanwhile, the tenants union spokesperson told the reporter that they recently voted to call a “rent strike” if negotiations with the landlord fail to resolve the dispute.