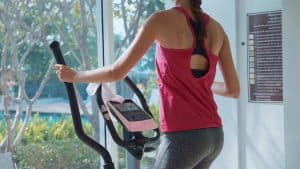 Two months ago, Ruthy Raske signed a new lease at her Spring Branch-area apartment complex, upgrading from one-bedroom to two so her two young children could have their own room.

Raske is scheduled to move in less than two weeks, but the steak and seafood restaurant where she has waited tables for almost two years has closed its dining room temporarily and she’s essentially out of work. She has some money saved up, but if the city’s order to limit restaurant operations to take out and delivery continues, she worries about making the rent, which is about to go up by nearly $150 per month.

Along with nightclubs and bars, which were ordered to close down completely Monday to help stem the spread of COVID-19, restaurants employ hundreds of thousands of Houstonians, many of whom are scrambling to figure out how they’re going to pay their rent.

Landlords are expecting to see an uptick in missed or late payments, particularly among service and hourly-wage workers, amid the economic upheaval related to the coronavirus pandemic.

“A lot of people in higher-rent properties have jobs tied directly or indirectly to the oil industry. I don’t know how long those jobs are going to be around,” said Andy Teas, vice president of public affairs for the Houston Apartment Association. “It’s going to be an industry-wide challenge, particularly for Houston.”

While some justices of the peace are suspending evictions through March, apartment owners have begun outlining their own initiatives to assist tenants who may have lost jobs or gotten sick.

Houston-based Karya Property Management, which operates some 20,000 apartment units across the country, more than half of which are in the Houston area, is delaying eviction notices.

“Typically, we file evictions on the 10th of the month. This month we made the conscious decision of not doing so,” founder Swapnil Agarwal said. “We want to fully assess the situation.”

Karya’s properties cater to public school teachers, firefighters, police officers and those paid by the hour in service jobs or retail. The average rent across all of its properties is $850 a month.

Charleston, S.C.-based Greystar, the nation’s largest apartment manager with 150 properties in Houston, will, in some cases, freeze rental rates or slow the speed at which it processes evictions.

“If somebody can’t pay and they visit with us, we’ll hold the eviction proceeding,” said Camden Chief Executive Ric Campo said.

Houston’s apartment market, which was already struggling amid a glut of units, faces a greater challenge as the economy worsens even as many as 15,000 new apartment units are expected to come online this year.

Stacy Hunt, executive director of Greystar, sees signs of hope. The company has as a large presence in Seattle, a part of the country that saw an early outbreak of COVID-19, the illness caused by the coronavirus.

“We leased 245 apartments in Seattle last week,” Hunt said, “which tells you people are trying to get on with their lives. They want housing.”

In addition to dealing with the financial woes of some of their tenants during the pandemic, many landlords are taking steps to hlep slow the spread of the virus, including shutting down fitness centers, swimming pools, conference rooms and other common-area amenities.

Greystar began notifying tenants Tuesday that the amenities at its 1,875 properties nationwide were shutting down amid federal recommendations to limit group interactions.

“People want to see people. They want to get out. They don’t want to be confined. But we’re trying to do what’s best for the country,” Hunt said.

Residents, he adds, had been vigilant about wiping down equipment in gyms, but it’s impossible to make sure each surface is sufficiently cleaned before the next person touches it.

“The virus supposedly adheres to metal, and you’ve got a lot of metal in a fitness center,” Hunt said.

Ben Rauls and Bailey Upchurch, tenants in an apartment complex in the Rice Military area, support their landlord’s decision to close the amenities.

“I think it’s a good idea just given what we know about spreading this virus,” said Rauls, 25.

They’ve started taking their 9-month-old dog Luna on walks around Buffalo Bayou and Memorial Park instead of taking her to the apartment’s dog park where it’s usually more crowded.

Camden Property Trust has also closed its fitness and business centers and is encouraging residents to pick up the phone if they need to speak to a leasing or management associate.

“If people need to come to the office, we’re asking them to telephone us,” Campo said.

Barbara Grove, a retired designer who rents a one-bedroom apartment in a small Montrose-area property, said her building’s only amenity is a swimming pool, but it’s not used much this time of year. Her landlord, though, has put out official guidance on communications.

“All they said was to only call them for dire emergencies,” Grove said. “Otherwise don’t call them.”