Tenants and Landlords Are Terrified Coronavirus Will Mean Evictions 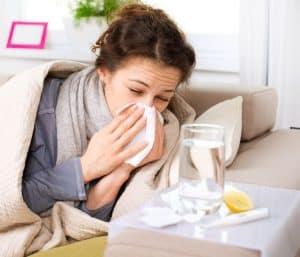 Brandon Churchman, a chef in Spring, Texas, has seen his work schedule whittled down to 20 hours this week, thanks to the COVID-19 pandemic slowing local business. He usually clocks 35 to 45 hours a week at $15 an hour. Now, like a lot of unsalaried workers, he doesn’t have paid leave to fall back on, nor emergency savings.

But what the 31-year-old does have, he said, is a newborn baby at home, rent due next month, and a growing fear of being evicted.

“The hourly workers, the lower-down workers, we don’t have any kind of surety right now,” said Churchman, who also struggled to pay rent last month due to bills related to his new baby, soon to be 7 weeks old. He received an extension from his landlord while he scrambled to scrounge up donations, and he’s hoping for the same charity this time. “We’re just all scratching our heads, like, what are we going to do?”

“We’re just all scratching our heads, like, what are we going to do?”

He’s not alone. Advocates for the poor fear that many low-income Americans — either because they lack the paid sick days they’ll need for quarantine, or because scores of low-wage, freelance, and tip-reliant jobs are in turmoil — won’t be able to pay their bills in two weeks. That could spell disastrous waves of evictions or foreclosures across the country, not to mention utility shut-offs, late fees, and an inability to afford basic survival needs.

Sens. Elizabeth Warren and Jeff Merkley wrote to President Donald Trump Thursday to demand a stop on foreclosures and evictions for properties owned or insured by a slew of federal housing and finance authorities. The legislators noted similar moratoriums have been used locally during natural disasters, and are appropriate here because “the pandemic has already proven to be equally or more disruptive, deadly, and widespread.”

Some of the nation’s largest cities and states are currently taking urgent action bit by bit to control the problem. Realizing that people could soon be pushed into homelessness due to lost wages, police in Miami-Dade said Thursday that they wouldn’t help landlords with evictions — essentially freezing the legal process to formally remove tenants. Officials in San Jose are also racing to grant a 30-day moratorium on evicting any tenants able to prove they’ve lost wages because of the virus. Legislators in San Francisco, Los Angeles, Sacramento, Philadelphia,and New York State say they’re working to push through similar proposals.

There have been more than 1,600 confirmed U.S. cases of COVID-19, the disease caused by the novel coronavirus, since the first domestic case was recorded in late January,according to the latest data from the U.S. Centers for Disease Control and Prevention. But the number is believed to be significantly higher because of a nationwide shortage of tests for COVID-19. Most states have seen at least one case, while renter-dense states like California and New York are facing hundreds already. Some major employers are updating their sick-leave policies to ensure workers aren’t penalized if they have COVID-19 or need to care for their loved ones. But sick pay for low-income workers in the U.S. continues to be limited and rare. And many freelance and gig workers lack even a modicum of those benefits.

“The very least policymakers can do during a national health emergency is ensure that more people are not pushed into homelessness through evictions or foreclosures, particularly when our collective protection against the spread of the illness depends on our ability to self-isolate at home,” said Diane Yentel, president and CEO of the National Low Income Housing Coalition.

Advocates in the cities and states that haven’t yet passed moratoriums are pushing the panic button. City Life/Vida Urbana, a housing justice group in Boston, argued this week that all of Massachusetts’ housing court proceedings should be quashed until the end of the declared state of emergency. (Massachusetts legislators, heeding their concerns, introduced an eviction and foreclosure moratorium Friday.)

Advocates there say their demands aren’t just sourced from clients facing foreclosures and evictions during the outbreak; Boston’s housing court is itself a “petri dish” that’s often packed “shoulder-to-shoulder” with tenants, attorneys, and court employees, according to Andres Del Castillo, a lead organizer with the group.

“These are folks that are about to not have work, or are currently being told to not come to work,” said Del Castillo. “In the middle of this whole scare, this crisis, there isn’t an assessment of the ripple effects that this will have.”

Esme Caramello, the faculty director at Harvard Legal Aid Bureau in Cambridge, said student attorneys are already being told not to interact with clients face-to-face there. She couldn’t attend housing court this week due to illness in her household, but she shared a letter from a Harvard-affiliated pediatrician who wrote Thursday to Chief Justice Timothy F. Sullivan, who heads the state’s housing courts. (Harvard Legal Aid drafted the original letter that nearby physicians are now sending to the court.)

“Allowing housing matters to proceed against the advice of state public health officials will put many of my pediatric patients and their families at risk,” wrote Katherine Peeler, a physician at Boston Children’s Hospital. “As a pediatric intensive care physician, I care for many immuno-compromised children, many of whom come from low-income families who live in subsidized housing, often living with their elderly grandparents in addition to their parents and siblings.”

About a quarter of all American adults say they can’t pay an emergency expense of $400 without selling something or borrowing money first, according to data from the Federal Reserve. And even with record-low unemployment, 17% of Americans fail to pay their bills each month. That’s without a pandemic streaking across the globe and bringing regular business to a standstill.

“These are people who have already been stretched to the limit, and one missed paycheck could be enough to push them over the edge into homelessness,” said Eric Tars, legal director of the National Law Center on Homelessness and Poverty. “And obviously being homeless makes them more vulnerable to the threats of the virus and makes it harder to recover if you do get ill. It creates a new public health crisis, on top of the current homelessness crisis, on top of the coronavirus crisis.”

It’s not just a problem for renters, either. Several landlords and property managers reached out to VICE News to say they’re concerned both for their tenants and for their own ability to make their mortgage or rent payments. If there’s a moratorium on evictions or recovering rent, they said, it’s important that landlords and property companies still be compensated in some other way.

“I know we’re going to have tenants that are going to be affected by this,” said John Fenley, who lives in Wisconsin but owns several properties in Provo, Utah. “We don’t have really any other income coming in other than these properties. So if we’re not getting rent, we’re not going to be able to make the mortgage payments.”

One property manager in eastern Washington State, who asked to not be named for fear of retaliation, said she’s horrified by the prospect of evicting tenants over lost wages from COVID-19. However, she herself also makes low wages — about $15 an hour — and is waiting on her own COVID-19 test results. She’s showed symptoms for several days but has continued going to work. She manages about 400 tenants, and has received word from as many as 15 saying they’ve been exposed and are awaiting test results.

“Nothing has been done, and now we’re stuck holding the bag for our employees and tenants. We’re completely fucked,” she said. “I don’t know what the hell is going to happen.”

If her company’s finances are impacted by tenants not paying rent, she could also face consequences. She’s a renter, too, she mentioned, and has been reaching out to all of her local legislators to plead for help.

“We had a meeting with all of the owners and they said this would be a good time to dip into your savings,” she said. “I wanted to scream, “We don’t make enough to have savings, and neither do our tenants.’”