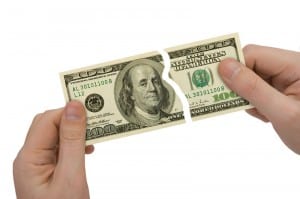 A tenant in New Bedford, Massachusetts has been awarded nearly $144,000 against his landlord.

The tenant was allowed to use an aging fire escape stairwell as a second entrance to his condo. The poor condition of the old iron staircase caused it to fail, tossing the man to the ground.

While tests and x-rays proved that the tenant did not suffer any serious fractures or internal injuries, he continued to experience pain in a number of parts of his body, which he claimed disabled him from his usual work as an auto window tinter.

Over the next two years, he sought the advice and treated with several chiropractors and physicians, all of whom diagnosed him as only having sustained soft tissue injuries.

He later sought the help of a physician from a local pain clinic who diagnosed him as suffering from Myofascial Pain Syndrome, a disorder of the muscles that is not widely understood. Over the next year and a half, the man underwent an extensive therapy program that included physical therapy, weight lifting and aquatic therapy to treat this disorder.

The insurer for the landlord denied liability and refused to pay the claim.

The tenant retained the firm of Brian Cunha & Associates, who specialize in personal injury claims, to represent him in a lawsuit against the property owners.

Attorney Brian Cunha and his colleagues discovered that a routine warning by a state inspector had been issued on the fire escape, and they were successful in showing the jury that little was done to inspect, maintain or repair the fire escapes at the condo complex until after the tenant’s accident.

The most serious area of contention between the parties was the seriousness of the man’s injuries. The attorneys defending the landlord claimed the tenant only sustained minor soft tissue injuries, should have been back to work within 4-6 weeks and that he was doing push-ups and weight lifting within a month of the accident. They also claimed that his medical treatment was excessive and unnecessary, that any disability that he may have suffered was minimal and that he was a malingerer.

But after a three day trial, the tenant’s attorneys were successful in convincing the jury that the man was not faking his injury. The jury found for the tenant and awarded him $120,000.00, which, with interest, will be in excess of $144,000.00.