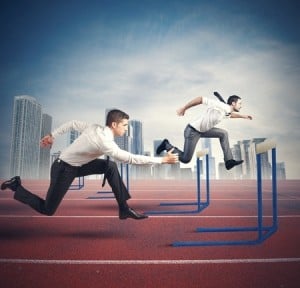 During the foreclosure crisis nearly a decade ago, investors plowed into the housing market, buying millions of distressed homes and turning some of them into lucrative rentals.

They transformed the once mom-and-pop market of single-family rentals into a large-scale, formally managed asset class — and it is still growing, in fact faster than ever.

Foreclosures, however, are now few and far between. Distressed properties — foreclosures and short sales ) — make up just 2% of home sales today, down from a high of 49% in March 2009, according to the National Association of Realtors. The regular existing home market is very pricey, so investors are now turning to a new strategy: Buy new. And suddenly, the so-called build-to-rent market is exploding.

This week a small Tampa, Florida-based builder, ERC Homebuilders, is launching a “soft” IPO, hoping to raise $100 million to build more than 1,000 rental homes across the state. It is offering investors private shares using Regulation A+, a form of investment crowdfunding that allows small companies to raise limited funds from the general public. Accredited and nonaccredited investors can participate.

The homes will be built in contiguous tracts and sold in bulk to large-scale investors. Putting dozens of homes in one location makes property management much easier and far less expensive.

“There is a consumer rental demand that is driving these institutions to want much greater levels of inventory of this product,” said Gerald Ellenburg, CEO of ERC Homebuilders. “They are learning or have learned that new inventory is a much safer and more official rental product.”

The build-to-rent business is growing fast, with several companies, including big names, dipping into it. Toll Brothers recently announced a $60 million investment in a joint venture with BB Living, a build-to-rent company based in Phoenix.

“It’s viewed as an ancillary income stream. We see this as more and more renters may prefer to raise a family or live in a single-family home versus an apartment complex or community or building. And so it is part of our Apartment Living group,” Toll Brothers CEO Douglas Yearley said on the company’s second quarter earnings conference call last month.

Lennar, the nation’s largest homebuilder by revenue, experimented with a build-to-rent community in Sparks, Nevada, and announced this week it is moving further into the space.

“We recently entered an agreement with one of our long-standing third-party relationships to build homes that will be purchased by that third-party in a stand-alone rental community,” Lennar President Rick Beckwitt said on the company’s earnings call. “This community is in Florida and is the first in what we believe will be an ongoing business strategy and relationship where we build and sell homes in bulk on land owned by third parties with no lease-up risk.”

In 2017, 37,000 homes were built as rentals, according to the National Association of Home Builders. That grew to 43,000 last year, or just under 5% of total single-family housing starts. But that is just homes built and held by builders for rent and doesn’t include those sold directly to investors, so the numbers are likely larger and growing more quickly.

“We’ve got clients, multiple, well over a couple billion dollars worth of capital looking to place in this space,” said Michael Finch, executive vice president at SVN/SFRhub Advisors, a new Phoenix-based commercial brokerage firm focused on single family rental and build-to-rent investment portfolios. “They are looking to acquire 5-6,000 homes in the next two years.”

Demand is growing, according to Finch, because while the huge millennial generation is aging into marriage and parenthood, not all of them want nor can they afford to buy a home.

“Many of them are choosing to rent in huge numbers largely due to the flexibility of renting,” said Finch, who believes the same of baby boomers. “They’re moving into smaller homes where they can have a lock-and-leave mentality. They’re tired of homeownership.”

For investors, buying new has a multitude of benefits, especially when the homes are in the same community.

“It is immune from some of the typical repair factors that come in at 15 or 20 years of ownership,” said Ellenburg. “There is also a general contractor warranty. There’s of limited product warranty of your appliances.”

The only operating expense for landlords is the landscaping. In addition, the rents for single family are growing fast at 4.5% annually now compared with 3% rent growth for multifamily apartments, according to John Burns Real Estate Consulting. There is also much less turnover in single-family rentals, and the rental market is much less volatile than the home sales market.

“I think that these funds, these investor groups are looking at a cultural move away from your garden apartment with elevators, swimming pools, tennis courts and common areas,” Ellenburg said. “Homeownership is looking less desirable to some, particularly in the affordable arena, and they have a chance, for very close to the same price, to rent a three-bedroom, two-bath or a four-bedroom, three-bath home and are able to call it their own.”

Of course the home is not their own, but the stigma around renting, along with the historical drive toward homeownership, are waning.

“And I think these investment groups are seeing that shift,” Ellenburg said.