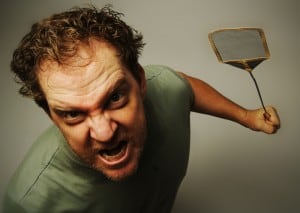 A study just released found scientific evidence that bedbugs are capable of carrying and exposing disease to humans.

The study also found that heat or structural pasteurization is the most effective treatment for bedbugs, because it kills the microbial pathogens carried by bedbugs at the same time.

Dr. Sean Abbott, president of Natural Link Mold Lab, one of the nation’s leading microbiologists, conducted the study over a two year period and has recently reported the results confirming that bedbugs are carriers of dangerous pathogens.

Many of the bacteria detected naturally occur in the intestines of humans and other animals suggesting that disease organisms like E.coli and other enteric bacteria can be transmitted by bedbugs.

After careful laboratory analysis and a two-year study of bedbugs, we found that bed bugs are carrying many dangerous pathogens such as the Superbug Staph. aureus, the organism that causes serious secondary infections, Dr. Abbott stated.

Recently, Canadian scientists detected drug-resistant staph bacteria in bedbugs. The findings caused quite a stir in the scientific community when the small study was released this May.

Dr. Abbott’s conclusions revealed that there is a solution to both the typical household pest eradication problem, such as bedbugs, and the threat of bedbugs spreading disease to humans. Structural pasteurization solves both problems simultaneously. The study, conducted by Natural Link Mold Lab, also examined the efficacy of high temperature pasteurization of buildings for reducing levels of viable bacteria in indoor environments employing both laboratory and field data.

The good news is that bedbugs can’t build up resistance to heat the way MRSA strains have developed resistance to antibiotics. The careful application of heat can end the threat,” says Dr. Abbott. Properly applied filtered heat kills both bedbug adults and their eggs which have been shown to be particularly resistant to pesticides. Killing bacteria is concurrent with eradication of the bedbugs, he said.

I am euphoric about this green technology which is replacing the need to apply chemicals to our indoor environment, said David E. Hedman, co-inventor of the patented ThermaPureHeat structural pasteurization process.

Structural pasteurization employs engineer-controlled convective dry heat to sanitize buildings, and is typically used in conjunction with structural drying and traditional microbial remediation processes. It allows for sanitization of entire structures and can provide significant hygiene benefits by reducing overall levels of microorganisms in indoor environments.

It is also lethal to insects.

ThermaPureHeat is the patented methodology of structural pasteurization developed by ThermaPure, Inc. and proven effective in the study to eradicate bedbugs, their eggs and microorganisms that cause disease.

This process is particularly useful in rental properties because it does not involve pesticides.

Read more
Fake renter scams now...
IRVINE, Calif. -- Esther Jung was trying to sublet her UC Irvine-adjacent apartment when she heard from...
Read more
Starter Homes More...
The US median rental price surged 19.8% year-over-year in January, outpacing monthly starter...
Read more
FCC Cracks Down on...
The Federal Communication Commission (FCC) in a ruling, criticized by many multifamily housing...
Read more
You Can Now Get a...
There's now a crypto-backed mortgage product out there. But is it a smart use of your crypto...
Read more
Top 7 Apps For Real...
Apps have changed how real estate investors identify properties and invest in them. Using real estate...
Read more
Apartment Owners Lean...
From green rooftops to energy reporting software, technology is playing a starring role in helping...
Read more
Manhattan Landlord...
An Upper Manhattan property owner who lied about apartment improvements and made up fake tenants has...
Read more
A Deep Dive into...
Multifamily experts on what this issue means for the industry's future. As rent control and rent...