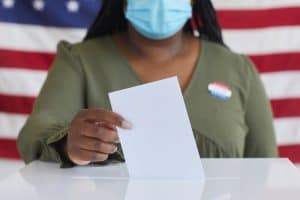 Voters approved St. Paul’s measure that will cap rent hikes at 3 percent in a 12-month period regardless of a change in occupancy, and Minneapolis voters approved a measure to allow city leaders to begin crafting a rent-control policy, according to the Minneapolis Star-Tribune.

Supporters said the initiatives — which would enact rent control in St. Paul in 2022 and allow Minneapolis to enact a yet-to-be-developed policy in the future — would create stability for tenants in a tight housing market where most residents are renters.

The National Multifamily Housing Council (NMHC) released a statement saying, “”Although well-meaning, rent-control measures do nothing to provide real relief for those they intend to help. The passage of rent-control measures in Minneapolis and St. Paul are a true setback for those committed to finding effective solutions to address the cost of housing.

“Rather than improving the availability of affordable housing, rent-control laws exacerbate shortages, cause existing buildings to deteriorate and disproportionately benefit higher-income households. These measures could result in even further instability for Minnesota’s renters and the rental-housing market at large,” the NMHC said in the release.

St. Paul’s policy would not make exemptions for new construction or inflation.

Critics said that without those exemptions, the stringent rent control policy could be one of the strictest in the world. On Tuesday, some St. Paul voters said rent control was the biggest issue on this year’s ballot, which also included mayoral and school board races, according to reports.

The vote comes in response to a nation-leading housing shortage in the Twin Cities, which has led to skyrocketing home prices and steep rent hikes.

Voters in Minneapolis were asked a similar question about rent stabilization, although that proposal does not cap rent increases at a certain percentage like the St. Paul policy does, and leaves open options yet to be approved.