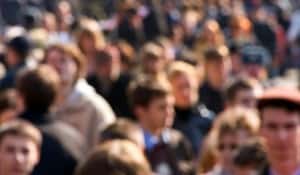 Public housing residents and community advocates packed the federal courtroom in New York during an historic ‘stop and frisk’ trial to emphasize the impact the controversial policy has on tenants.

“We are tired of being humiliated by police; I’m tired of being harassed by cops in my own building, and avoiding inviting family and friends over for fear of them being arrested just by paying me a visit,” said Nova Strachan , Community Organizer at Mothers on the Move and public housing resident from the South Bronx.

The group gathered in support of plaintiffs in a federal class action lawsuit that challenges the NYPD’s practices they call racial profiling, and unconstitutional.

Residents who have been stopped and frisked spoke about the emotional toll of the practice and about the potential eviction from their homes in NYCHA’s developments.

These NYPD practices have led to a dramatic increase in the number of unjustifiedÃ‚ stop-and-frisks per year in the city, with the majority of stops in communities of color.

In all, less than 6% of stop and frisks results in arrests and less than 1% produce guns. The increase of trespass stops in NYCHA’s developments lead many residents to fear that even their visitors will get stopped by police officers.

The demonstration and press conference were organized by a coalition of community groups, including the NAACP Legal Defense and Educational Fund (LDF), Families United for Racial & Economic Equality (FUREE), Good Old Lower East Side (GOLES), Mothers on the Move (MOM), Community Voices Heard (CVH), Red Hook Initiative and Communities United for Police Reform. “People in public housing merit the same respect as all New Yorkers,” said Sherrilyn Ifill, LDF’s President and Director-Counsel. “NYCHA residents and visitors should not be treated like criminals simply for being in their own homes.”