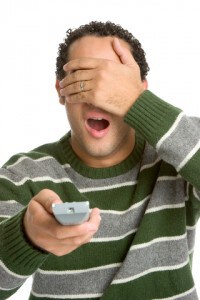 Sellers who bought properties post-bubble are guilty of overpricing homes because they base their asking price on the original purchase price, rather than current market conditions, according to analysis from marketplace expert Zillow®.

Current home sellers who purchased their home in 2007 or later are overpricing their homes by an average of 14.1 percent, according to analysis of for-sale listings on Zillow.

Zillow compared the asking price of 1 million for-sale homes with those homes’ previous purchase price, then factored in the change in the Zillow Home Value Index at the ZIP code level to determine that home’s current market value.

“Post-bubble buyers seem to believe they escaped the worst of the housing recession, as evidenced by how they price their homes today,” said Zillow Chief Economist Dr. Stan Humphries. “But 2006 was just the beginning of the housing recession, and it is continuing in earnest to this day. That means that even people who bought after the bubble burst need to break out the pencil and paper and do serious research into what has happened in their market since they first bought their home, whether it was four years ago or six months ago.

“Overpricing homes causes them to stagnate on the market and keeps inventory from decreasing “ not a desirable outcome for either the sellers or the market as a whole.”

Zillow also surveyed homeowners who plan to sell their homes in the next four years. Those who purchased their home post-bubble are more likely than bubble and pre bubble buyers to base their asking price on the original purchase price of their homes, with 17 percent saying the purchase price would be the primary factor in that decision, according to a survey. This is despite the fact that home values have been falling since 2006, and are now down nearly 30 percent from the market’s peak.

By comparison, 4 percent of those who purchased before the bubble and 9 percent of those who purchased during the bubble said the original purchase price would be the primary factor in determining their asking price. These are some of the results of a recent survey conducted online by Harris Interactive on behalf of Zillow among 4,879 U.S. adults aged 18 and over, of whom 613 were homeowners who plan to sell their home in the next 4 years.

Read more
City Of The Decade?...
People have been moving to North Texas in droves as companies seek to harness the gains of the...
Read more
‘We Adapt’:...
The adoption of technology is crucial to multifamily market’s growth, according to Tony Conary,...
Read more
Landlords say they’ll...
If you’re renting a home, you’d better brace yourself. Landlords are planning further rent...
Read more
The Good, The Bad, And...
Most Americans only know about “trailer parks” based on what they see on television or the movies....
Read more
Single-Family Rentals...
Single-Family Rentals Enjoyed Record Rent Growth In 2021. That’s Good News For Investors. Investors...
Read more
With Record Rent...
With multifamily rents having shot into the stratosphere in virtually every U.S. market, there has...
Read more
78% of Southern...
Single-family zoning dominates the region, excluding poor and minority households from...
Read more
More Renters Are Paying...
About 80.1% of renters paid on time in Sun Belt markets compared with 79.5% of renters elsewhere. ...