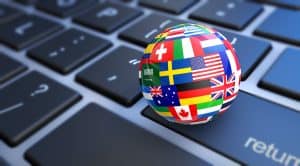 The management company of a south Sacramento apartment complex is paying a federal settlement after being accused of retaliating against an employee who was advocating for language translation services for residents.

An employee of the apartment complex filed a complaint with the U.S. Department of Housing and Urban Development, which provides funding to the complex, a HUD news release said. The complaint alleged the complex’s owners and managers failed to provide language translation services to Vietnamese residents and retaliated against an employee who advocated for such services.

That would have been a violation of the federal Fair Housing Act and Title VI of the Civil Rights Act of 1964, which both prohibit discrimination based on national origin.

FPI Management did not immediately return a call seeking comment.

According to the settlement agreement, FPI Management will pay $10,000 to the employee who filed the complaint, and $20,075 to residents of the property, with each of the 73 households receiving $275, the release said. FPI will also provide free oral and written translation to those who need it in the future.

“Language must not be a barrier to accessing affordable housing,” HUD’s Acting Assistant Secretary Jeanine Worden said in the release. “Under fair housing laws, affordable housing providers have an obligation to make important information available to all applicants and tenants, including people whose primary language is not English.”