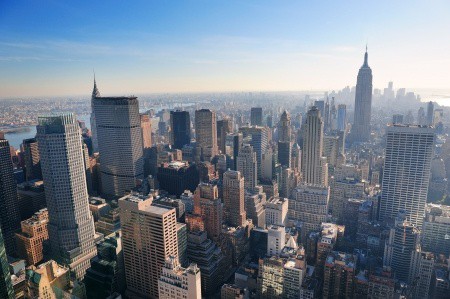 As Mayor Bill de Blasio presses for changes to the city’s rent laws, citing the deregulation of “hundreds of a thousands” of apartments in recent years, newly released data shows the trend may be subsiding.

The total number of rent stabilized apartments in New York City increased in 2014, up 169 units, according to a report from the Rent Guidelines Board. There were 9,182 apartments added to rent stabilization last year, compared to 9,013 that were removed from the rolls.

It is the second consecutive year New York City increased the number of rent stabilized apartments. In 2013, the number grew by 1,087 units, according to the report. From 2003 through 2012, the city lost an average of 6,000 units more per year than it gained.

Of New York’s 2.2 million total rental units, there are more than one million that are rent-stabilized. The system caps rent increases for stabilized apartments while guaranteeing the tenant’s ability to sign a new lease. In return, rent increases, which are voted on by the Rent Guidelines Board, are supposed to provide a fair return to owners.

While newly stabilized housing faces those rent restrictions—typically in exchange for some sort of tax break—it is not necessarily affordable. The median legal rent for newly stabilized units last year was $2,970, according to the board’s report.

De Blasio has called for an end to something known as vacancy decontrol, which allows landlords to deregulate apartments upon vacancy and once reaching a high rent. The mayor’s office said it remains a priority, regardless of what the report shows, because there are still many apartments leaving the program each year.

“We cannot keep hemorrhaging thousands of affordable apartments through vacancy decontrol,” said Wiley Norvell, a spokesman for de Blasio. “We need to get ahead of this affordable housing crisis, and ending the loss of units through holes in our rent laws is vitally important to that effort.”

In 2011, the state changed the rent laws, increasing to $2,500 per month the price at which a landlord can deregulate a vacant apartment. Before the change, a unit could be removed if it rented for at least $2,000.

Of the 9,013 units of stabilized housing the city lost last year, 6,235 were removed due to a vacancy and high rent. Another 789 were removed through what is called “high rent/high income deregulation,” which allows units to be dropped from the program when the rent is above $2,500 and the household income is above $200,000 for each of the previous two years.

Another 1,011 units left the system when their 421-a tax benefits expired. Under the 421-a program, developers only pay taxes on the original land price before development, but the units have to be stabilized and in some cases, the developer must include affordable housing in the development.

The greatest number of apartments added to the stabilization system in 2014—5,279 units—came from the 420-c program, which provides tax exemptions for low-income affordable housing projects where at least half of the project is owned by a nonprofit.