6% Increases Expected; Markets in the West and Southwest Rising Even Faster 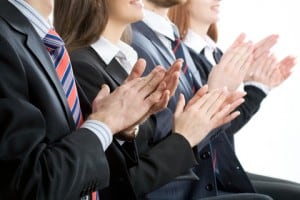 A major market report just releasedÃ‚ shows rents are on their way up.

Axiometrics Inc., a provider of data and analysis on the multi-family housing sector, announced in its latest research report that, like the weather, the national apartment market continued to heat up in May, with effective rents (rents net of concessions) increasing 0.70% from April levels.

2010 was a very strong year in terms of effective rent growth, but so far this year we are seeing rents rising at an even faster pace, said Ron Johnsey, president of Axiometrics Inc. With year-to-date increases in effective rents, and continued strong occupancy levels, renters who are able might be wise to sign longer term leases as property owners in most markets will maintain pricing power at least through the rest of 2011.

In Axiometrics latest report, seventy-seven markets had at least some positive growth in effective rents; eleven showed declines, with Tucson the worst at a negative rate of 1.11%.

The national occupancy rate increased for the twelfth time in the past 16 months, rising from 93.3% in April to 93.96% in May. From January through May 2011, the occupancy rate has increased 86 basis points (bps), which is below the rate of 136 bps for the same period of 2010. The slowdown in absorption can partially be attributed to the increase in effective rents year-to-date. However, occupancy in May was still above the previous peak of 93.5% reached in August 2008.

From May 2010, eight major markets increased occupancy by more than 100 bps and have rates above 95%: New York, Minneapolis, Austin, San Jose, Cleveland, Orange County, Chicago, and Denver. Also, some of the most overbuilt markets are recovering rapidly. Six major markets that had low occupancy rates in May of 2010 (ranging from 89.8% to 92.0%) have increased their occupancy levels between 142.5 to 333.4 bps. These markets are: Charleston, Charlotte, Dallas, Orlando, Phoenix, and Houston.