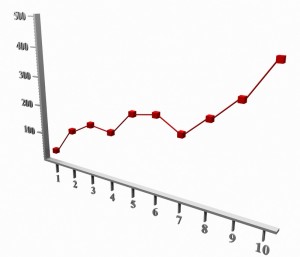 Although still positive, dampened demand is slightly moderating rent growth, with one exception: the multifamily market. Sharply higher demand for apartments is causing rents to rise at faster rates, says Lawrence Yun, NAR Chief Economist. A return to normal household formation will mean even lower vacancy rates and higher rents in the future.

The current commercial real estate cycle has been driven by shifts in demand without an oversupply of new construction. The difficulty small businesses have in getting commercial real estate loans for leasing or purchase is keeping a lid on demand, Yun explained. Multifamily is the only commercial sector with a notable growth in new space, with some lending provided through government loans.

Vacancy rates are marginally declining and rents are modestly rising in all of the sectors, but significant changes in the outlook are unlikely before the end of the year. Many corporate decisions on spending and job hiring are on hold given uncertainty over the upcoming elections, whether Congress will effectively avoid a fiscal cliff, and unsettled issues such as health care and banking/financial regulations.

“Overall companies hold plentiful cash reserves, but they are hesitant to hire without clarity over how these outstanding issues will impact the bottom line, Yun said.

“Commercial real estate gains could be thwarted if lending from small and community banks dry up from excessive regulatory compliance costs, and if international big-bank capital rules are applied to smaller lending institutions, Yun added.

Areas with the lowest multifamily vacancy rates currently are Portland, Ore., at 2.0 percent; New York City and Minneapolis, both at 2.2 percent; and New Haven, Conn., and San Jose, Calif., both at 2.4 percent.