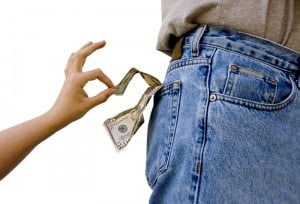 Officials in Turtle Creek, Pennsylvania are sending out letters to tenants demanding the rent.

According to a local news report, under a new ordinance select renters are being told they must pay the rent directly to the borough’s tax collector. If not, the renter can be fined under an obscure state law.

City officials told reporters that many of the affected properties are owned by out-of-town landlords who have not paid city taxes for at least a year. Officials say absentee landlords feel they can buck the system.

According to the report, the town has collected $16,000 to date.

About half of the 1,449 housing units in Turtle Creek are rentals, according to the report.

Landlords have raised a number of concerns including that the law unfairly targets out-of-town landlords, and that not everyone is aware of the law. A local rental association suggests that all landlords be notified of the ordinance, not just those who are behind on their tax bills.

There is no indication of what happens if the tax bill is in dispute.

Other cities are considering similar measures. In the town of Wilkins, for instance, city officials want the law to bar retaliation, including eviction action against a tenant who pays rent to the city rather than the landlord.