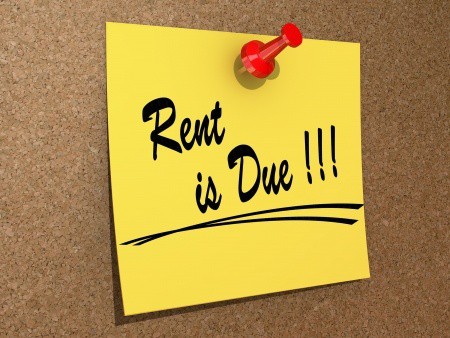 With millions unemployed across the United States, both California and Nevada issued statewide eviction moratoriums at the end of March regardless of tenants’ ability to pay rent.

But as the future remains murky amid the novel coronavirus pandemic, both renters and landlords are concerned about what will become of the overdue rent.

For the last six years, Candace Lockhart has been operating her business, Bella Tahoe Catering and Deli, from a storefront in Stateline. When COVID-19 hit in March, however, all of her upcoming catering events were canceled through August, and she was forced to shut her doors.

So when Nevada Gov. Steve Sisolak announced the state’s eviction moratorium, Lockhart and the other tenant in the building (whose business also relies predominantly on large-scale events) decided not to pay rent.

“We sent an email explaining our situation to the landlord to see what he’d be willing to do,” said Lockhart.

“We asked for a pardon on rent in April, May and June, and moving forward in July, only paying half of what our rent is. We got information back that he was willing to pardon April and May, but he would like to discuss June when June arrives.”

Though restrictions will ease on public and mass gatherings and nonessential travel in Nevada in Phase 3, Lockhart said her business won’t be able to fully open until Phase 4. (Nevada is in Phase 1 with the possibility of moving to Phase 2 soon.)

Similarly, she reached out to her residential landlord in Nevada, who advised her to pay what she could and said she could make up the rest by helping him with work at his house.

“At this time, I really don’t know what he’s going to do. I don’t know if he is going to tack it on at the end. There was never an agreement in writing or anything verbal. We’re in limbo right now,” said Lockhart, noting that she’s grateful to have been able to come to some agreement with her landlords, but wishes there were clearer regulations that would allow rent to be fully waived during this period.

In Nevada, Sisolak’s eviction moratorium froze eviction and foreclosure proceedings involving residential or commercial properties, with exceptions for those who pose a threat to others or the property.

It also blocks late fees or penalties for nonpayment during the pandemic.

“This does not constitute free rent or mortgage,” said Sisolak upon announcing the moratorium.

At this time, tenants are still on the hook for rent and have been asked to work out a solution individually with their landlord, which has created confusion among renters.

Financial experts have advised that renters approach their landlord with solutions ranging from a long-term payback plan to bartering property chores such as landscaping in exchange for a break on rent.

At the beginning of April, Nevada lawmakers allocated $2 million to a fund to help struggling renters and avoid a spike in evictions once the moratorium is lifted and rent is due.

Even with this influx of dollars, the needs of Silver State renters are expected to far outweigh available aid.

Across the state line in South Lake Tahoe, the status of unpaid rent is causing confusion and concern for renters and landlords alike.

Martina Simon and her husband own 15 studio apartments in the city, and with California’s eviction moratorium in place, it’s been “stressful and frustrating.”

“We feel like we are truly the one entity and small business — because we are not a huge company with hundreds of rentals and deep pockets — that provides a service that currently the people of California have been told they don’t have to pay for: the roof over your head and your utilities,” explained Simon.

Though most of her tenants have paid their rent or worked out an agreement — taking on labor around the property or using their security deposit to make up the difference — she is facing some tenants who can’t or won’t pay.

“We have a tenant who was supposed to provide documentation showing that he lost his job, but he hasn’t done that. He hasn’t given us anything; he just hasn’t paid,” said Simon, who is currently working 70 hours a week cooking meals at a local school and working at a grocery store to make sure her family is secure while her husband manages the rentals.

“We have other renters who have received unemployment and stimulus checks, but are already saying to us, ‘we don’t know about rent next month…’” added Simon.

In California, Gov. Gavin Newsom’s eviction moratorium still requires tenants to “repay full rent in a timely manner … after the enforcement moratorium is lifted,” according to the March 27 announcement.

Several rent relief proposals have been floated in the State Senate, including most recently, a rent stabilization program that would give tax credits to landlords to forgive rents of tenants impacted financially by the coronavirus.

The tax credits would be equal to the rent owed and spread out over a 10-year period starting in 2024.

Landlords in need of immediate cash could sell them to other taxpayers, while the tenants would pay back their rent to the state, free of interest, over the same period.

Renters who continued to struggle with these payments would be given exemptions, but details like how many months on rent would be covered have yet to be determined.

Another proposal in the Golden State calls for freezing of evictions and allowing courts to set up payment plants for tenants.

Lawmakers are also considering the creation of a fund to cover at least 80% of the rent a tenant can’t afford due to the virus for up to seven months if the landlord pardons the remainder.