In the wake of the financial crisis, renters have gobbled up a lot of single-family homes. The number of renters hanging their hats in homes built for or once occupied by owners soared over the course of the Great Recession. It’s a trend that Taz George, research associate* at the Urban Institute’s Metropolitan Housing and Communities Policy Center, describes as one of the “unexpected legacies of the mortgage crisis.”

Why was it so unexpected? Maybe we should have seen this wave coming.

No question, renters were waiting in the wings behind homeowners all across the nation. From 2005 to 2013, the number of occupied single-family rental properties jumped from 10.5 million units to 14.2 million units, the Urban Institute reports, citing American Housing Survey data.

That’s an enormous spike—a 35 percent uptick in less than a decade. And in large part it owes to the foreclosure crisis. When the market crashed, investors picked up some 7.5 million owner-occupied single-family homes through foreclosure auctions, short sales, and other distressed buys, and then converted this surplus into rental homes. About one-third of these rental units came online in center-city areas.

That’s a dramatic increase in single-family rental units. But the foreclosure crisis can’t explain it alone. 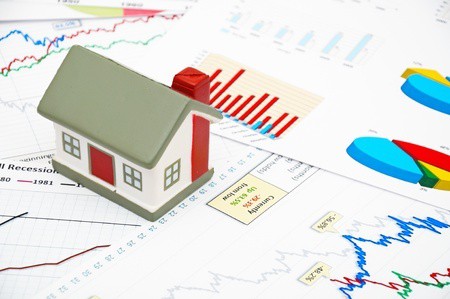 “Amid high demand for rental housing, the excess supply of formerly owner-occupied single-family homes could be converted to profitable rental properties with relative ease in many regions,” George writes. “But in the multifamily space, there was no comparable excess supply.”

That’s because the foreclosure crisis of the late 2000s was preceded by a major decline in multifamily housing construction, one from which the country never really recovered. (Multifamily housing includes duplexes, townhouses, and apartment buildings.) Researchers at the University of Southern California were even referring to a “Great Housing Collapse” in the state by 2002 to describe the lapse in multifamily construction.

Despite all the gains in employment through the late 1990s and early 2000s, multifamily rental construction never climbed back to 1989 levels. In one sense, this should come as a shock: Resurgent growth in many major areas led to the conditions that were ripe for dense rental developments. Of course, this period segued directly into the easy credit and single-family sprawl of the mortgage crisis. So there’s part of the reason that developers weren’t meeting rental demands: Folks were busy buying houses.

Demand for rental housing didn’t just all of a sudden materialize when the housing market collapsed, however. Renters who occupy single-family homes come from different demographic and socioeconomic backgrounds than owners. About one-fifth of single-family renters are black, and another one-fifth of single-family renters are Hispanic. Among single-family home-owners, African Americans and Hispanics account for less than 10 percent of the total, respectively. Plus, the homes that renters occupy tend to be smaller and older, and renters tend to be poorer. In all likelihood, these renters’ housing needs simply weren’t being met very well before.

“As new supply is beginning to come online across the country, it is a challenge for industry participants to measure demand in the medium- to long-term and ensure that supply and demand stay in balance,” the Freddie Mac report reads.

Many renters will say that the rent is too damned high—balance be damned. In recent years, developers have begun building the multifamily units that renters need. According to Freddie Mac, multifamily construction starts in 2013 were 80 percent higher than in 2011.

Whether multifamily construction keeps up this pace depends on a couple of factors. As the economy improves and property values rise, more single-family homes occupied by renters will be sold. And as unemployed young people (the greatest share of renters) find new jobs, they will form hundreds of thousands of new households. It’s hard to tell now whether they will be renters or buyers.

Even in an improving economy, it still seems that the market for rental units is beholden to the wild mood swings of the housing market. A mortgage-industry collapse led to a dramatic increase in single-family rental housing. What happens when buyers want these houses back?