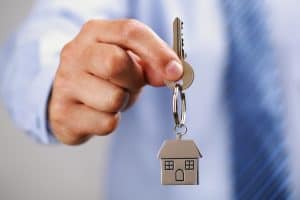 After hitting an all-time high in the third quarter of 2018 and topping $1,000 for the first time ever, nationwide rents fell precipitously in the fourth quarter as landlords perhaps saw the error in their ways.

During the third quarter of 2018, the nationwide median asking rent hit $1,003, the first time that figure has ever breached the $1,000 plateau. But rent retreated in the fourth quarter, as more renters, especially younger ones, became homebuyers.

According to new data from the Census Bureau, the nationwide median asking rent fell from $1,003 in the third quarter to $947 in the fourth quarter. That’s a decrease of $56 in just three months.

And that figure is significant, because rent dropping by $56 in three months is the largest quarterly decline in the last 30 years.

Put simply, rent hasn’t fallen by this much in any quarter since at least 1988 (that’s as far back as the Census records go).

But a decline of $56 in three months has not been seen at any point in the last 30+ years, not even in the aftermath of the financial crisis.

(Click to enlarge. Image courtesy of the Census Bureau.)

The decline is nearly universal, as rents fell in three of the four major geographic regions in the U.S.

According to the Census data, rent increases in the Northeast by just $3, climbing from $1,210 in the third quarter to $1,213 in the fourth quarter. But that was the only region where rent increased.

But each of those regions pale in comparison to the South, where rents fell by $60 in just three months, falling from $973 to $913.

Despite those declines (and one slight increase), rents are still up nationwide year over year.

And as CoreLogic Deputy Chief Economist Ralph McLaughlin noted, it appeared that a good number of renter households became homebuying households in the fourth quarter, perhaps driven towards homeownership by paying more in rent than they ever have before.

Only time will tell if this is merely a blip on the radar or a harbinger of things to come.