Home · Property Management · Latest News · Is Rent Control Fair? The Question at the Heart of the Debate 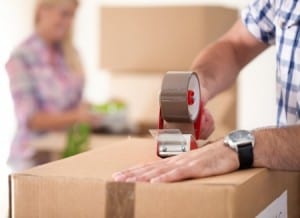 The fight over who is responsible for California’s fast-rising rents and its housing crisis is playing out on ballots across the Bay Area. There are six cities in the region asking voters to weigh in on ballot measures that would limit certain evictions and make it harder for property owners to raise rents.

Voters in Alameda, Richmond, Oakland, Burlingame, San Mateo and Mountain View will be casting ballots this November in one of California’s most politically relevant moments for rent regulation in decades.

For renters, the argument for why cities need rent control or rent stabilization laws is simple. Stories about evictions and displacement have become common in the Bay Area, and many families are being forced, or choosing, to leave cities that are rapidly gentrifying.

The work to get these measures on the ballot has been hard. Renters’ advocates are spending well below the amount spent by the real estate industry for campaigning. Along the Peninsula, renters’ groups have raised tens of thousands of dollars, compared with the hundreds of thousands raised by their competitors, according to campaign finance statements.

Overall, renters have lower voter turnout compared with homeowners, so rent-control advocates say they must work harder if they hope to gain the simple majority to win.

Volunteers gathered in the back of a dimly lit union hall near downtown Burlingame last month to look over maps of the city. They passed out stacks of fliers supporting Measure R, which would limit rent increases to inflation (not less than 1 percent and not more than 4 percent) on multifamily rental units built before 1995. Single-family homes and condos are exempt. The measure would also limit the ability of landlords to evict tenants in any residential building unless there was good reason — like failure to pay rent or damaging the property.

Buildings in California constructed after 1995 are exempt from rent controls, according to state law.

On this particular day in Burlingame, the job for the renters’ group was to find undecided voters, then try to convince those voters to join their side over the next few weeks.

In each of the six cities with ballot measures, renters have clashed with elected city leaders about how far they should go to stop rising rents.

Richmond failed to pass a moratorium on rent increases in September; the city councils in Alameda and Mountain View approved their own rent regulation measures that will go before voters in November. Renters groups are generally critical of any city-approved ballot measure, claiming they offer weaker renter protections.

In San Mateo County, rents for two-bedroom units shot up about 50 percent over the last four years. But the city of Burlingame hasn’t backed Measure R. In fact, it wrote the argument against it, which upset renters like Cornell. The City Council called the measure bad public policy and, despite trying to study the issue, some council members said they didn’t know enough about what the impact of Measure R would be on the city.

Though opposed, the Burlingame City Council decided to run the ballot measure in the November election rather than waiting a month and holding a special election when there would be lower voter turnout.

At the Heart of the Issue Is This Question About Fairness

The six cities with renter measures have a complicated question before them, says Chris Palmer, an associate professor at UC Berkeley’s Haas School of Business: Who do they want to enable to stay in the community, and who should pay for that?

Palmer echoes what many economists agree on — that rent control or rent stabilization is a temporary fix for people living in communities now, and that cities need to figure out how to build more housing.

The answer of who will pay for it might come down to how many renters show up to vote, he said. Renters make up a majority of residents in most of the cities holding rent-control ballot measures.

“I do think that the fraction of renters who are voting in a given city is going to be the biggest determinant,” Palmer said. “Then it’s going to be a question of how effective do they think this policy is going to be.”

Small Property Owners Could Get Priced Out

In Oakland, vocal and persistent renter advocates pressured the city to pass a package of rent laws in September, including one that requires property owners to petition for rent increases higher than the annual consumer price index increase.

In addition, Ballot Measure JJ would also put the onus on landlords who want to raise rents above the index to petition a rent board for approval. The measure would also expand the city’s just-cause eviction law to buildings constructed through 1995.

The new and proposed laws have caused some smaller landlords to feel that they, too, might get priced out of the city.

“I did what they say don’t do — don’t let your heart get in it,” Karen Francisco said.

The 69-year-old landlord bought her fourplex right near Lake Merritt in 1979. It’s an older building with Mediterranean character from the 1930s. All four families who live in the building, including herself, share one furnace.

“Each person has a thermostat, but if one person turns their thermostat on, they turn the heat on for everybody,” she said.

Francisco wants to pay to install separate heating units. She also wants new windows with thicker panes, but she can’t afford it. She estimates she’s spending about $1,000 more each month than she makes in income, she said.

When you walk into her place there is hardly any furniture in the front room. She’s been downsizing and preparing to leave the building she owns.

“I was ready to move out because I couldn’t afford it. But I’ve changed my mind because I’m not ready to go,” she said.

But she also can’t afford to stay.

Francisco wants the city to reconsider what impact rent control has on small landlords in Oakland. She’s convinced the city could and should do better.

“The big property owners seem to be able to take care of themselves. And some of them, it’s just sad to say, it’s just greed. Whereas those who are really here to make a contribution to this city can absolutely do so without hurting the next fellow,” Francisco said.

If Palmer is right, and renter turnout has a big impact, Francisco could be in trouble. She has already prepared herself to leave.