The Real Problem With Corporate Landlords 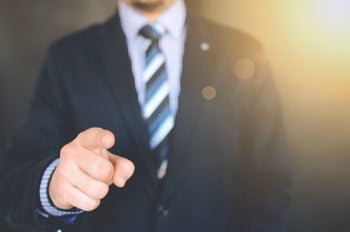 Among tenant advocates like me, corporate landlords are notorious for squeezing renters in every imaginable way—and for setting up byzantine ownership and management structures that frustrate anyone who might complain. News that investment firms have been buying up single-family homes during the coronavirus pandemic has prompted alarms among progressive tenant advocates and conservative populists alike, and for good reason: More American families will see the kind of major and minor annoyances that tenants of corporate entities have experienced for years.

A 2017 study published by the Federal Reserve Bank of Atlanta found that corporate landlords, especially large institutional investors, were far likelier than other owners to evict their tenants. Other research in Atlanta suggests that such landlords are also more likely to use threats of eviction—and serial court filings that deepen tenants’ financial woes—as a routine business practice. Tenant advocates around the country have long observed similar patterns. Other profit-maximizing practices are less drastic but still work to renters’ disadvantage: In Los Angeles, where I work, one corporate landlord has been steadily cutting back on services and amenities, such as parking, that had been routinely offered to tenants. The same landlord is asking tenants to pay in person at off-site, third-party electronic kiosks that automatically add on extra fees. Another local corporate landlord is notorious for drafting unusually restrictive leases that charge tenants stiff fees when they slip up.

Although giant real-estate companies, financial firms, pension funds, and other large corporate entities have been involved in multifamily housing for decades, a recent Wall Street Journal article has prompted fears that large, well-capitalized private-equity investors such as BlackRock will outbid individual buyers in the market for single-family houses and deny average families a traditional route to wealth accumulation. “Blackrock is pursuing an investment strategy that will make it harder for young Americans to own homes,” J. D. Vance, the author of Hillbilly Elegy, tweeted earlier this month. Scoffing at such comments, prominent liberal urbanist writers have argued instead that the real source of inequality in the housing market is homeowner NIMBYism, which prevents the construction of new units; decrying Wall Street merely deflects the blame to a less popular target. Indeed, some housing experts have suggested that the entrance of private equity into the single-family housing market could increase the supply and diversity of existing rental units.

But a reflexive anti-populism threatens real harm, and commentators who defend or excuse corporate landlords are overlooking the day-to-day problems that this form of ownership creates.

Liberal urbanists and renter advocates think about tenancy in fundamentally different ways. Many urbanists’ primary concern is with the price of rents. In this view, the consolidation of property ownership among a small number of large corporate landlords is worrisome only if landlords achieve monopolistic power and set artificially high prices in a market. Although some research suggests a link between corporate property ownership and increased rents or home prices, the evidence is far from definitive. Yet tenants and their advocates aren’t wary of corporate ownership because it makes the cost of housing go up, but because it magnifies the imbalance of power in the relationship between landlord and tenant. The real issue is not that housing becomes more expensive, but that it becomes more precarious. These problems are harder to track than rent levels, but the difficulty of gathering systematic data does not mean that no problem exists.

Real-estate investors with a large number of properties frequently assign control of each one to a separate limited-liability company—an arrangement that renders opaque the ultimate ownership of buildings and units, obstructs outside research, and limits the ability of tenants and code-enforcement officers to hold landlords accountable for misbehavior. Such complex structures also enable harmful investment strategies such as “milking”—in which investors acquire distressed properties; rent them at relatively low prices, in many cases to tenants with few other options; and still realize steep short-term profits by cutting back on upkeep. According to one study, institutional investors report making more improvements to their rental property than individual owners do, but overall the latter spend more money upgrading their holdings. A 2019 study of rental properties in Milwaukee found that maintenance suffered when units passed from individual ownership into the control of limited-liability companies.

In theory, deep-pocketed investors have the resources to maintain properties. But in 2014, researchers for my employer and another housing-advocacy group, the Right to the City Alliance, surveyed tenants of one major corporate landlord in Los Angeles and Riverside Counties. Nearly half had experienced plumbing problems; one-fifth said that their unit had mold; 18 percent reported a leaking roof. The corporate owner remained distant from these troubles—and from tenants who might want to complain face to face—because its main office was an average of 35 miles away from its L.A. properties.

To be clear, no tenant advocate will defend the virtue of small landlords, many of whom treat tenants capriciously and employ predatory profit-maximization strategies similar to those used by corporate property owners. Yet corporate structures make patterns of abuse harder to root out.

Even when tenants are successful in lodging complaints, the apparatus that regulates tenancy in most U.S. cities does not typically consider whether a landlord owns a host of marginally habitable properties—only the conditions at the property being inspected. When landlords are headquartered in a jurisdiction other than where their properties are located, they are even less accountable. In most cases, enforcement is dependent on the capacity of tenants to join together and win lawsuits, often with pro bono representation, against much-better-funded landlords.