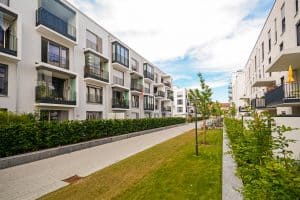 Another piece of research has come out showing occupancy issues in multifamily. After Trepp released a report showing a growing list of cities with apartment occupancy under 80%, Yardi Matrix is evaluating how long it will take for occupancy rates and income to recover to pre-pandemic levels.

In primary markets, the outlook is worse due to a large decline in property fundamentals. In New York and The Bay Area—the poster children for pandemic flight—rents have dropped by double digits.

Yardi projects that it will take New York City more than five years to hit Q1 2020 rent levels. Though there are solid rent projections in the West Coast metros, it will still take a while for rent growth to hit pre-pandemic levels. Yardi projects that rents will beat February 2020 levels in 2025 in San Francisco and San Jose and in 2023 in Los Angeles and Seattle.

Rapid supply growth pushing down occupancy rates in some markets with solid demand makes it hard to distinguish between primary, secondary and tertiary markets. Still, Yardi projects that it will take five years for occupancy to hit Q1 2020 levels in gateway cities such as New York, San Francisco (and San Jose), Los Angeles and Chicago, and in secondary metros such as Orlando, Miami and the Twin Cities.

While it will take a while for rents and occupancies to hit Q1 2020 levels in specific markets, the situation is stabilizing.

In March, Apartment List’s national index jumped by 1.1%, which was its largest monthly increase going back to the beginning of 2017. That doubled historical growth in the month. In the previous three years, March’s year-over-year rent growth was 0.6%.

Recently, Apartment List’s index started growing ahead of seasonal trends. It saw improvement in both pricey coastal markets and smaller cities that have grown popular through the pandemic. The markets that saw the fastest declines in 2020 are starting to experience the most significant jumps in 2021