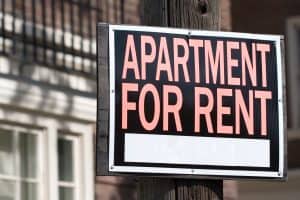 BTIG expects rent trends to accelerate as people return to their offices. It anticipates demand picking up in the summer before expected office and university reopenings in September.

New lease growth in March was strongest in Atlanta, Charlotte, Richmond and Tampa, according to RealPage. New lease rent spreads on the coasts have bottomed out, except for Seattle, which continues to struggle. BTIG notes that suburban submarkets such as Orange County, Calif., and New Jersey performed better than urban centers.

Still, job losses were most severe on the coasts along with Orlando and Las Vegas, which rely on tourism. Houston and Miami are also showing weakness.

As the economy has slowed, so have permits. While Austin, Nashville, and Phoenix will likely experience significant supply pressures over the next 12 to 18 months, Atlanta, Northern California and Tampa have seen permitting slow.

The rise of home prices could strengthen the rental markets in many places. In Phoenix, home prices rose 15.8%, according to the national Case-Shiller index. “Higher home prices, increasing mortgage rates, and lower rental rates should create a favorable rental environment for new households in 2021,” according to BTIG.

The broad economic trends will affect apartment REITs differently, depending on where their portfolios are located.

In February, rent spreads stabilized for AvalonBay, Equity Residential, Essex and UDR. MAA, which has a strong Sunbelt presence, is currently the only REIT with positive rent spreads on new apartment leases. Camden, however, is only slightly negative, according to RealPage rent spread data.

While new lease rental rates on a 12-month trailing basis declined in February for each large-cap REIT, rent spreads have been stronger for small and mid-caps. In BTIG’s coverage universe,  Bluerock was the weakest with 2.9% growth in year-over-year new lease spreads. Independence (4.6%) has the strongest results, followed by Centerspace at 3.1% growth.

Average multifamily rents rose by $6 to $1,407 on a year-over-year (YOY) basis in March, according to Yardi Matrix.

With the 0.6% YOY and 0.8% quarter-over-quarter jump, multifamily rents had one of the strongest first quarters in a few years, according to Yardi. Additionally, rents posted a 0.4% month-over-month growth in March, rising 20 basis points from February.