Rate Increases Ahead for Some Property Owners 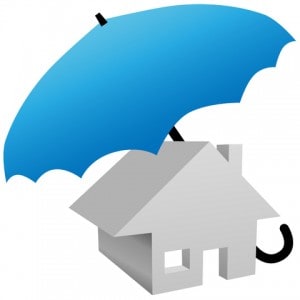 Changes are coming to the critically important National Flood Insurance Program that could impact real estate transactions and property owners across the country.

That’s according to experts from the Federal Emergency Management Agency, which manages the government’s flood insurance program, who spoke to Realtors at a recent Flood Insurance 101 session during the Realtors Midyear Legislative Meetings & Trade Expo.

The National Association of Realtors strongly supported the legislation because it believes the government’s insurance program saves taxpayers property and money by increasing the number of self-insured properties and reducing the cost of post-flood disaster governmental assistance.

The NFIP is responsible for writing and renewing flood insurance policies for more than 5.6 million home and business owners in more than 21,000 communities nationwide where flood insurance is required for a mortgage. Before Congress passed the legislation, the program operated under short-term extensions. In the past five years, there were 18 extensions and several lapses in program coverage, delaying or cancelling thousands of real estate transactions daily according to NAR’s research, wreaking havoc on real estate markets.

Robinson said the NFIP is $24 billion in debt following several disastrous storms in recent years since the costs and consequences of flooding continue to increase. For decades the program has made flood insurance available at subsidized rates that did not reflect the true risk of flooding; artificially low rates and discounts are no longer sustainable, she said.

Actuary Andy Neal says rate subsidies are being phased out over the next several years to help increase the NFIP’s soundness and financial stability. The majority of policyholders, more than 80 percent, are not subsidized and won’t be impacted by subsidized rate changes since they are already paying full actuarial rates, he said. However, these owners could see routine annual rate increases.

Only about 20 percent of NFIP policies receive subsidies, mostly older structures built before the community’s first flood insurance rate map was issued, which are known as pre-FIRM properties. Some of these policyholders will be impacted by the gradual phase-out of subsidized rates; an even smaller number will see immediate changes to their insurance policy rates, said Neal.

Rate changes are likely to affect owners of subsidized pre-FIRM non-primary residences, business properties, and properties that have experienced severe repetitive flood losses. Owners of some pre-FIRM condos and multi-family units will also see their rates gradually increase. Owners of pre-FIRM primary residences will retain their subsidies unless the policy lapses; it suffers a severe, repeated flood loss; or it’s sold to a new owner, which is retroactive to July 6, 2012, when the legislation was enacted. Some grandfathered principal residences will also lose their subsidies over a several year period, but not until the communities’ flood map is revised.

Neal recommends that home and property owners talk to their insurance agent to determine if their property is currently being subsidized. He said flood insurance rates vary based on a property’s location, elevation and flood risk and can be as low as a few hundred dollars up to $10,000 or more if the property is well below flood level and had severe repeated flood losses.

Some homeowners with flood insurance policies have already received quotes for higher rates, which may be caused by several other factors such as improvements to mapping. As FEMA improves its mapping technology and draws more accurate flood maps, some homes may now be located in a flood zone, or a higher risk zone, where flood insurance is more expensive. Also, some insurance agents may adjust rates to correct previous mistakes made about the home’s features when they are re-evaluating an insurance policy at renewal.

The National Association of Realtors, The Voice for Real Estate, is America’s largest trade association, representing 1 million members involved in all aspects of the residential and commercial real estate industries.

Read more
The Rise of Renters by...
Multifamily industry expert Kimberly Byrum on renting when money isn’t the issue. Is it...
Read more
Manufactured Housing...
In fact, as inflation continues to push expenses higher, more households may consider this housing...
Read more
Why Investors...
For the last few years, multifamily investors have been exiting the West Coast market, but the housing...
Read more
How Property Managers...
Security is a necessity in multifamily communities and apartment buildings. Access control and...
Read more
D.C. Landlord Must Pay...
The settlement concludes a lawsuit filed against Equity Residential Management by D.C. Attorney...
Read more
Apartment NIMBYism...
As new residents move into Sunbelt metros, existing residents are pushing back against new...
Read more
No End in Sight for...
Barring major economic headwinds, apartment rents are on track for big rises for the balance of 2022...
Read more
College grads struggle...
College graduates say they’re struggling to get ahead due to soaring rental costs that are draining...