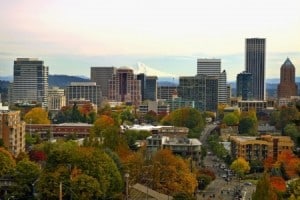 Portland City Council is strengthening a law that requires landlords to pay tenants if they are forced to move out.

The law awards tenants payments if they are evicted without cause or forced to move because of a rent increase more than 10 percent.

In a public hearing Wednesday, the council began deliberating an ordinance that would make the policy permanent, establish a rental registration system and narrow exemptions.

Without council action, the program would sunset in April.

Mayor Ted Wheeler has said the policy will help residents being pushed out of their neighborhoods by rising rents.

“We are in a housing emergency and people are suffering,” he said.

The bill exempts some landlords from making the payments. For example, people renting rooms in their own homes, renting out half of a duplex, or renting an accessory dwelling unit wouldn’t have to pay.

But in a change, other landlords renting out just one unit would have to pay the relocation fees.

In January, Wheeler said he supported maintaining a broader exemption for single units. Renter advocates responded by producing research that suggested 1 in 5 renters in the city live in a unit that fell under that exemption.

“Our policy wasn’t benefiting tens of thousands of the residents it was designed to protect,” Commissioner Chloe Eudaly said during Wednesday’s hearing.

The mayor reversed course and the ordinance he introduced this week eliminates the exemption.

Wheeler has acknowledged that the policy may push some small-scale landlords out of business.

“Yes, on the margin, some landlords will withdraw from the rental market,” he said in a video posted online in advance of the hearing. “The broader rental protections provided by this ordinance make that trade-off worthwhile.”

At the hearing, landlords urged the council to create a hardship exemption for those who struggle with a new expense on their balance sheet.

“That could be the difference between them being able to afford their next two mortgage payments on that property or not,” said Christian Bryant, with the Portland Area Rental Owners Association.

Other exemptions to the rule include landlords renting out their own homes during an absence of three years or less, landlords renting their homes while on active duty military service and landlords ending a rental agreement so an immediate family member can move in to a unit.

Tenants also came to the hearing with requests for additional amendments.

Katrina Holland, the executive director of the Community Alliance of Tenants, said she had “grave concerns” about a blanket exemption for organizations that provide federal, state or locally regulated affordable housing.

Those groups, which provide thousands of income-restricted units in the Portland area, are exempt from making the relocation payments.

“If anyone needs relocation the most even in nuanced circumstances, it is this population,” Holland said, referring to people living in affordable housing. “They are the least likely population to be able to save for an unexpected displacement event and they’re already scraping by.”

Commissioners Dan Saltzman and Amanda Fritz both indicated they’d like more information on Holland’s concerns and would follow up with their staff.

“I thought that was a curious exemption,” Saltzman said.

“Is it very common for a household to receive a no-cause eviction or a double-digit rent increase if they are in income restricted housing, unless their income exceeds the threshold?” Eudaly asked.

“We have seen it on the ground, and it is very distressing,” Holland answered. “One person I can think of off the top of my head ended up homeless.”

The council will likely vote on the ordinance next month.

At that time, Eudaly, Wheeler and other city leaders lobbied state lawmakers for broader housing policy reforms, including a statewide ban on no-cause evictions.

Democrats in the Legislature who supported that idea failed to win enough support to pass it.

Wheeler has said he will continue to push the state Legislature to require just cause for evictions.