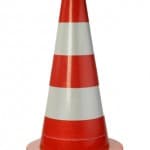 Long lines continue at gas stations across New Jersey as Hurricane Sandy-ravaged residents look for fuel to operate cars and generators to heat their powerless homes. Those generators, while life-savers for New Jersey homeowners without electricity, can be deadly sources of carbon monoxide.

As repair crews continue to work through storm-torn neighborhoods, gasoline-powered generators are claiming an alarming number of lives due to improper placement. Edison personal injury attorney Richard P. Console Jr. sees where negligence could also play into the growing list of dead and where liability might rest.

A landlord or homeowner using a generator has to be extremely careful of where that generator is located, said Console. Placing a gas-powered device in an apartment complex or home is placing every resident in extreme danger. Injuries and deaths stemming from that type of negligence may entitle victims to compensation for their damages.

At least five deaths have occurred from carbon monoxide poisoning due to generators since Monday, according to NJ.com. In Edison, a local man died from prolonged exposure after running a generator in his garage. In Trenton, one woman died and seven members of her family experienced poisoning symptoms from significant contact with carbon monoxide. Fire rescue personnel found a generator and propane heater running on the first floor of the home. Two women in Newark also died after breathing fumes from a generator placed too close to their open apartment window.

Carbon monoxide is a toxic, odorless, and colorless gas. Contact with carbon monoxide, even for several minutes, can lead to dizziness, headaches, and nausea depending on the amount of the compound present in the air. Prolonged inhalation suppresses the central nervous system and stops the heart, leading to death.

The carbon monoxide gas produced by a typical portable generator is equal to the amount produced by six idling cars, according to the American Public Health Association. Console, whose law firm is working to help New Jersey storm victims, advises caution when using generators.

Restoring power to everyone in the state is going to take time, he said. The last thing we want to see is property owners making hasty decisions with gas-powered generators that result in lost lives, especially when those affected had no idea a generator was running near their location. Keeping generators at least twenty feet from residential properties is absolutely essential to reduce the risks of carbon monoxide exposure.
Richard P. Console Jr. is the managing partner of Console & Hollawell P.C., a New Jersey-based law firm. Since 1994, this skilled legal team has helped over 5,000 accident victims, including those injured through the negligent actions of others, obtain compensation for their damages.