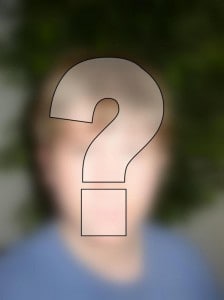 New York’s Attorney General has served a subpoena on rental listing service AirBnB, demanding information on renters who may have used the service to sublet rooms.

The service specializes in matching international travelers to temporary rentals in private apartments around the world.  In New York, as estimated 225,000 users work with the service to find or offer vacation and temporary living space in rented apartments.

The company has moved to block the subpoena, claiming that the Attorney General is abusing its powers in order to target tenants who have used the service. In a statement on the AirBnB blog, a spokesperson assures its skittish customers that it will fight that disclosure.

Neighboring tenants have been spurring on the government’s attempt to shut down the practice of renting extra rooms in apartments to vacation travelers.  Many complain about noise, crowding, and even an increase in crime.

The biggest criticism stems from a lack of screening,  and landlords run a risk of property damage or liability for harm to others from strangers given access to secured buildings.

Landlords typically are unaware of the sublet, unless they receive complaints from neighbors or are notified by officials.  Likewise, landlords receive no benefit when a tenant decides to set up a private bed and breakfast business in their rental property.

A NYC tenant recently was slapped with a $7,000 fine for subletting a room in his rental for three nights. However, two weeks ago that ruling was overturned due to an an exception in the law for rentals that occur while a permanent resident is home.  The tenant’s roommate remained at the property.

The AG is seeking three years of records on those who hosted travelers in New York.

The company says that it has been cooperating with officials to weed out the “slumlords“, and working on ways to collect taxes, as well as a dedicated hotline to deal with neighbor complaints.  But, the company says the demand for information is a “government-sponsored fishing expedition.”

Some AirBnB users have expressed concern, and say they may lay low, at least for awhile.