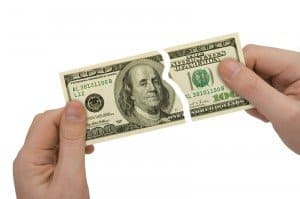 When an elderly woman from Harlem got wind of the Occupy Wall Street movement nearby, she saw an opportunity.

As she explained to a news reporter, she traveled to the neighboring Occupy Wall Street ‘headquarters’ where a number of protests were milling around.

There, this veteran activist and former nun recruited protesters to ‘occupy’ her apartment building, which she claimed was being neglected by her landlord.

Over the next few days, she told the protesters who sat in her living room how her landlord refused to replace the boiler, and would not allow access for maintenance workers to make repairs. Eager to champion her cause, a dozen or so protesters holed up in the basement of the building, demanding that the landlord come down there and open up the boiler room.

One of the protesters told the reporter that he was happy to be able to do something concrete which would help people.  One said that it was time to make the woman’s complaint a real issue.  Another young man equated the protest to helping oppressed Americans who have been victimized by the rich and greedy.

Oddly, however, the woman admits that other tenants in the building were not necessarily on her side. In fact, she implied that the tenants’ board may have opposed her actions in the past or may be looking for a way to get her out.  She described a much more complex history of the building’s earlier revival some three decades ago, and mentioned disagreements over how to proceed with–and pay for, the current revitalization.

According to the report, the landlord did succumb to the protesters’ demands after several days of ‘occupation’, and the receipt of a complaint from city building enforcement.