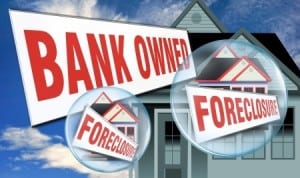 The Making Home Affordable (MHA) Program, which was launched in 2009 to assist millions of distressed homeowners facing foreclosure, is set to expire on December 31, 2016. Under this program, homeowners with non-GSE mortgages (i.e. mortgages not owned or guaranteed by FannieMae or Freddie Mac) may apply and be reviewed for refinancing, loan modifications, short sales, deeds-in-lieu, and unemployment assistance with their lenders in accordance with stringent guidelines set forth in the Making Home Affordable Handbook. Many homeowners who were approved for loan modifications under the Home Affordable Modification Program (HAMP) were also eligible for free HUD-approved credit counseling to assist them in creating a household budget that lowers the risk of default in the future.

Previously set to expire on December 31, 2015, MHA was extended through 2016 due to its widespread success and the continuing need for relief for millions of homeowners nationwide. However, the number of applications under the MHA program have declined overall in recent years due to both the stabilizing housing market and drop in the unemployment rate. At the end of 2015, RealtyTrac reported that there were 1,083,572 properties with foreclosure filings nationwide—a significant drop from the peak of 2,871,891 properties with foreclosure filings in 2010. As of May 2016, RealtyTrac reported a total of 896,913 properties in default, at auction or repossessed by the banks.

The Obama administration has not yet announced another one-year extension to the program through 2017, and it is unclear at this time whether such an extension will be granted. The unknowns that are involved with the looming presidential election make the possibility of an extension even less clear. Though the foreclosure rate is down, there is still a great need for the MHA program for the many properties currently in foreclosure and the many millions more that are still at risk for default.

Homeowners who are still facing the possibility of foreclosure may apply for any of the foreclosure alternative programs under MHA on or before December 31, 2016 deadline. Though it is not necessary to have a decision on the application for a loan modification, short sale, or deed-in-lieu by the end of 2016 to be eligible under the MHA program, servicers are required under the MHA program to design policies and procedures that ensure that permanent modifications are effective by December 1, 2017 and short sales and deeds-in-lieu are closed by December 1, 2017.

Struggling homeowners should apply now to take advantage of the foreclosure alternatives provided by the MHA program before the deadline of December 31, 2016. If homeowners do not apply by that date, they will be limited to applying for lender/servicer in-house programs, which are usually limited in scope and may not be as affordable or reasonable as the offers under the MHA program.