Multifamily ready for a rise as COVID cases fall 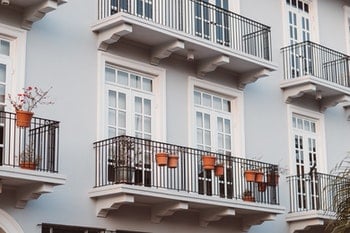 Multifamily has remained one of the most resilient commercial real estate sectors throughout the COVID-19 pandemic. And that’s been the case in the Minneapolis-St. Paul market, too.

But what’s behind this resilience? And what makes the Twin Cities such a strong market for multifamily?

We spoke with Dan Trebil, senior vice president and managing director in the Minneapolis office of NorthMarq, to find out. Here is some of what Trebil had to say about apartment living in the Twin Cities, the strength of the local multifamily market and his expectations for the future of this sector.

Let’s start out with a big question: How strong is the multifamily sector today in the Minneapolis/St. Paul area? Now that COVID-19 cases are falling, is the apartment market seeing even more sales and leasing activity?
Dan Trebil: Our apartment market overall has been very resilient. There were some pockets of some concessions here and there, but overall we’ve been fortunate. Our suburban markets have done really well. But so have some of the more urban markets. The North Loop submarket, for instance, has been very strong. The apartment markets in Uptown and downtown have been a little soft. But some of the deals that I know are in lease-up right now are taking place even in Minneapolis. There might be some concessions with some of these deals, but the concessions are trending downward. The indicators are all heading in a positive direction.

We are seeing some sales and acquisition opportunities out there in this sector, too. I expect that to continue with the low cost of debt and the health of our market. The Twin Cities market is always going to be a desirable place for people to buy units and continue to own units.

On the refinancing side, interest rates are great and there is a ton of money in the debt markets. All of that leads to continued refinance opportunities.

Why has the Twin Cities apartment market been so resilient during this last 16 months or so?
Trebil: I think it goes to the diverse economy we have here. We have a lot of different large companies in the Twin Cities and we don’t rely on just one company or industry. We also tend not to have the big swings like other markets do in terms of occupancy. I think we are relatively constant in our market. And for a long time, there was nothing built here. There had not been a lot of building for a long time. Some locations had been starved for newer product. So we weren’t overbuilt when COVID hit.

What about downtown? Do you think renters will be returning in greater numbers to downtown Minneapolis/St. Paul soon?
Trebil: I am a big believer in Minneapolis and St. Paul. I think Minneapolis in particular does have some serious challenges. We need people back in the city. Some of that will happen organically as people come back to their offices in person.

One of the beauties of living downtown, is that all these new apartment projects have great amenities. But the chief amenity is downtown itself. There are so many restaurants and entertainment options that are a few steps away. When those haven’t been open and aren’t open, then downtown is less of a draw. Leasing in downtown Minneapolis has been a little slow. But once some of the bigger companies bring their workers back, that will start to change. Hopefully, starting Sept. 1 is when the bulk of the companies in downtown will have their people back. That is what it is going to take to bring downtown back. We need people in the city to get some of those downtown venues open again. And we need that critical mass of people so that other people will be more comfortable and feel safe.

It has been strange to see so many downtowns across the Midwest so quiet these last several months.
Trebil: I was downtown in the middle of April, before the restrictions were lifted. The North Loop was packed with people. But a few blocks away in downtown, it was very, very quiet. There were people out and about, but there wasn’t really a reason for them to be downtown. There was more for them to do in the North Loop and Northeast.

When people do come back to city apartment buildings do you think these tenants will expect any of the changes that came about because of COVID to remain in place?
Trebil: From a personal perspective, I think we have gotten used to and become comfortable with doing things virtually. People are comfortable in leasing a building or taking a tour of a building without a leasing agent there. They are comfortable doing this electronically and not having to do it all in person. Some of that will carry over. I’m not sure if this will carry over so much because people are worried about COVID. It might be that people have realized that doing some activities virtually make sense.

How is the apartment market doing in the suburbs of the Twin Cities today?
Trebil: The suburban multifamily market has been great across the board. Newer projects have leased up. There hasn’t been much in the way of concessions. Has there been a mass exodus of renters out of downtown? I don’t know about that. Again, there is not much draw to come downtown today. As you have natural turnover, there are fewer people looking for apartments downtown. That has led to some vacancies in downtown and the necessity for downtown owners to increase concessions.

At the same time, the projects being built in the suburbs now have amenities that weren’t available in those markets before. It’s pretty compelling with these new amenity packages to be out in the suburbs. And the suburbs themselves are seeing new restaurants and entertainment options. There is more life in the suburbs now than there had been historically. This has combined to make the suburbs more attractive to renters.

With the pandemic hopefully waning, what type of commercial lending business do you think NorthMarq will be seeing in the near future?
Trebil: With the interest rates where they are and the amount of capital that is out there, we expect to see a lot of refinance activity. There are still enough newer projects that are in lease-up or about to come online, too. If they finance those with standard constructions loans with a bank, as those deals fill up the natural tendency is to flip them to a more permanent loan. That is our bread-and-butter business. We expect that to continue. I also think we’ll be seeing more construction deals, whether with HUD or just with banks.

It also looks like you are seeing more investors coming from out of town to invest in commercial properties in the Twin Cities area.
Trebil: Historically, our market has been characterized by a high degree of local, long-term ownership. A handful of years ago, our market started seeing more national and foreign investors coming in on the multifamily and commercial side. That has increased. A lot of the deals that have traded lately have ended up being purchased by out-of-town buyers. The more outside investors come in, the more acceptable a market this becomes to everyone else. It feeds off itself. The local long-term investors are still here. We still have a good core of local owners. But over the last few years, we are seeing more out-of-town investors coming in.

What do you think is behind this trend?
Trebil: This is a good market. We have a large number of Fortune 500 companies. We have an educated workforce. We don’t see the big ups and downs of other markets. The fundamentals are good. Big international and national firms that are choosing markets want enough liquidity in those markets. If they want to get out for whatever reason, they want to know that there are buyers there.