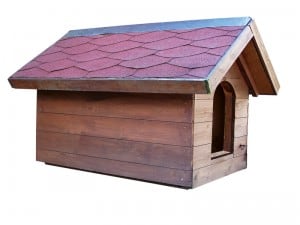 HUD is charging a housing cooperative in the Bronx, and two of its employees, with violating the Fair Housing Act after they denied a disabled mans request for an emotional support dog.

According to the charge, when the tenant first moved into the Co-op, he signed an occupancy agreement that had a no pets provision.

A number of years later, the tenant requested a reasonable accommodation to the Co-ops no pets policy so that he could keep a service animal his doctor had prescribed to assist with his daily living.

The tenant had letters from his doctor and the City of New Yorks Department of Health and Mental Hygiene verifying the animals service status and the tenants need to retain his service dog. Still, the landlords allegedly denied the tenants request for an accommodation, stating that there was no evidence to show his disability required a support animal.

The landlords then refused to accept the tenants rent payments, threatened to suspend his garage privileges, and attempted to evict him from his apartment.

The Fair Housing Act makes it unlawful for a housing provider to refuse to make a reasonable accommodation in its rules, policies, practices, or services when needed to provide persons with disabilities an equal opportunity to use or enjoy a dwelling. It is also illegal to intimidate, threaten or interfere with any person for exercising their fair housing rights.

HUD further alleges that the Co-ops security director failed to ensure that the security officers he supervised did not harass the tenant and his wife for keeping the service animal, even though the tenant specifically asked him to do so.

HUDs charge will be heard by a United States Administrative Law Judge unless any party to the charge elects to have the case heard in federal district court. If an administrative law judge finds after a hearing that discrimination has occurred, he may award damages to aggrieved persons for the damages caused them by the discrimination.

The judge may also order injunctive relief and other equitable relief to deter further discrimination, as well as payment of attorney fees. In addition, the judge may impose fines in order to vindicate the public interest. If the matter is decided in federal court, the judge may also award punitive damages to aggrieved persons.