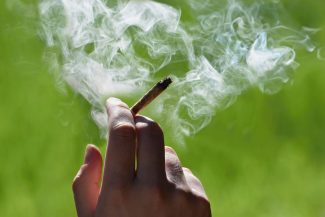 The governor of New Jersey recently signed the bills to legalize marijuana in the state. Some New Jersey landlords possibly panicked over the decriminalization of marijuana. Some tenants, on the other hand, may have wondered if they can now smoke marijuana or sell it from their rented home or apartment.

Tenants that purchase marijuana for personal use, assuming that the portion of their lease that forbids drug use is now null and void, may find themselves in trouble with the property owner. They may also face legal action for violating the terms of the lease if the property owner decides to pursue it. Landlords still have landlord rights when it comes to tenants using, growing, or distributing marijuana on the premises. Property owners can carefully apply the lease terms with forms such as the rental lease agreement from American Apartment Owners Association (AAOA).

The changes in the New Jersey laws related to marijuana decriminalizes the consumption of small amounts of marijuana on private property, and the possession of up to six ounces of it for personal use. This affects individuals over the age of 21, but also provides some protections for younger people, who now potentially face only a warning if caught with marijuana in their possession.

There were a total of three bills signed into law by the New Jersey governor, after taking time to clear up some discrepancies with some parts of the legislation, which was overwhelmingly supported by voters. The A1897 is the bill that decriminalizes the criminal penalties and the civil penalties for possession of up to six ounces or marijuana, or “weed,” and up to 170 grams of cannabis concentrates for individuals. The New Jersey Office of the Attorney General explains that while they may still be described as “controlled dangerous substances,” the drug is mostly decriminalized when considering its use for non-distribution purposes.

Now that marijuana is legal in New Jersey, does this mean that tenants can start consuming all forms of marijuana in their rented apartment because the tenant screening no longer applies, when renting a new property or residing in the current rental property? Do landlords have any landlord rights when trying to rent to the best-qualified tenants, and to protect the rights of current tenants under the state’s landlord tenant codes?

How the New Jersey Marijuana Law Affects Landlords and Tenants

Tenants that celebrate the decriminalization of marijuana and believe that they have the right to consume marijuana in their apartment with no repercussions from their landlord are likely in for a surprise. The same is true for the tenant that looks forward to selling or growing marijuana in their rental property. This is because of several sections of the new law that affects individuals.

The availability of legal marijuana is still likely some time away, because as pointed out by several articles, adults cannot buy marijuana legally until marijuana dispensaries open for business in New Jersey. There is currently no date given for the dispensaries to open within the state. The exception is for those persons enrolled in the medical marijuana system.

Property owners and landlords have the ability to still prohibit tenants from smoking marijuana or using cannabis substances on their rental property, particularly if there are no smoking rules already in place. Landlords can specify that the no smoking rule applies to any and all substances, and not just to cigarettes. The new law states that even when taking into consideration the fact that using or being under the influence of marijuana is no longer a crime, “The smoking, vaping, or aerosolizing of marijuana or hashish may be prohibited or otherwise regulated on or in any property by the person or entity that owns or controls that property.” Additionally, the use of drug paraphernalia is also subject to being prohibited by property owners.

New Jersey Landlords that use a rental application form, along with conducting a tenant background check, take the first steps towards renting to the best-qualified tenants. Including the no smoking rules in the lease terms, and a written statement that is in compliance with the New Jersey marijuana law helps to protect the rental property, and to protect the rights and private enjoyment of other tenants, and to prevent possible drug activity on the rental property premises.