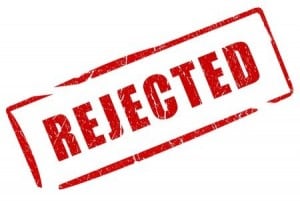 (CNSNews.com) – The U.S. Department of Housing and Urban Development is warning landlords they could face discrimination charges for turning down prospective tenants with criminal records – if the decision has an “unjustified discriminatory effect.”

A Republican senator described new HUD guidance issued this week as yet another move by the Obama administration to support convicted criminals.

The 10-page document states that “where a policy or practice that restricts access to housing on the basis of criminal history has a disparate impact on individuals of a particular race, national origin, or other protected class, such policy or practice is unlawful under the Fair Housing Act.”

Landlords will have to show, if challenged, that they are not turning away tenants “based on generalizations or stereotypes,” the guidance says.

Although the guidance notes the importance of landlords protecting their safety and property, landlords are expected to provide evidence that a policy of basing decisions on criminal history “actually assists in protecting resident safety and/or property.”

The new guidance states that the U.S. prison population is “by far the largest in the world,” that a disproportionate number of African Americans and Hispanics are incarcerated, and therefore have a criminal record that could limit access to housing.

“Because of widespread racial and ethnic disparities in the U.S. criminal justice system, criminal history-based restrictions on access to housing are likely disproportionately to burden African Americans and Hispanics.”

In one example, the guidance says a landlord who rejects a Hispanic tenant on the basis of criminal history but admits “a non-Hispanic White applicant with a comparable criminal record,” could be violating the act.

The only crime specified in the guidance as a justified reason to deny housing is conviction for drug manufacturing or distribution. An HUD official told CNSNews.com that is an exemption that is in the act itself.

Apart from that, the department won’t say which past criminal activities are considered acceptable, and which are not, in turning away a prospective tenant.

“We’re not specifying the types of criminal records that would or would not justify the denying of housing,” the official told CNSNews.com.

Responding to the HUD guidance, Sen. Tom Cotton (R-Ark.) said in a statement, “There are no lengths to which this administration won’t go to support convicted criminals.”

“While those who have served their debt to society and completed the rehabilitation process deserve a second chance, it should not be at the expense of law-abiding citizens,” he said.

“Whether releasing violent felons early from prison, preventing employers from asking about an applicant’s criminal record, or now blocking landlords from deciding whether to rent to someone who may pose a threat to their property and the surrounding community, these policies are part of a disturbing pattern,” Cotton said.

“The United States is a nation of laws,” he said, “and we should be looking for ways to better protect those who abide by those laws, not reward those who break them.”

“Further, our investigations have found that criminal background screening policies are often applied unequally to keep people of color out.”